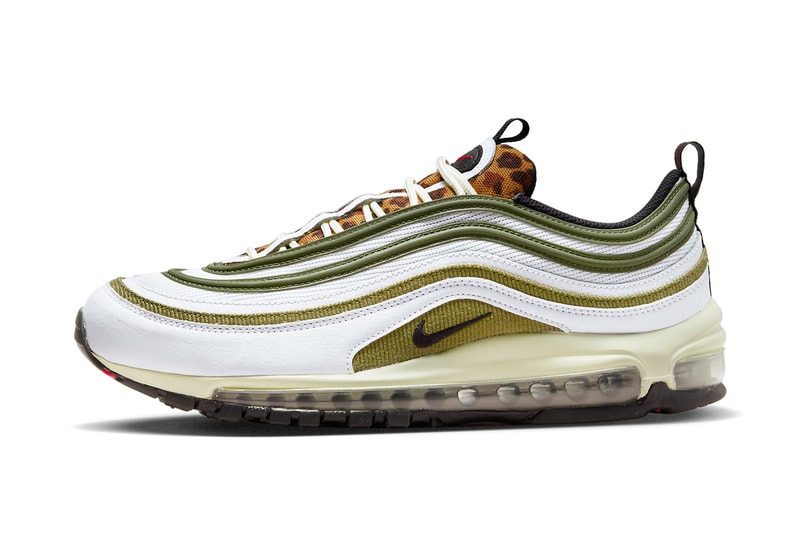 While Nike certainly has not hesitated to introduce new looks to the Air Max line, classics such as the Air Max 1 and Air Max 97 continue to receive plenty of attention. Since spring of this year rolled around, the Air Max 97 has celebrated its 25th anniversary with new looks such as "Coconut Milk Fossil" and older ones like the infamous "Gold Bullet." Now, yet another fresh take hits the iconic runner with the "Leopard Tongue" colorway.

As one would expect, this "Leopard Tongue" look begins with the base of the tongue carrying a leopard print while a Swoosh in red rests on black and white patches at the top. Beyond this bold inclusion, the upper of the shoe works with the Air Max 97's layered look by utilizing various colors and materials. White leather and mesh combines with gold corduroy and olive leather to complete the upper. Rounding out the detailing of this pair is an off-white midsole resting atop a black outsole.

No release information regarding the Air Max 97 "Leopard Tongue" has surfaced yet. However, it is expected to hit shelves soon via Nike and select retailers.

In other news from the Swoosh, official images of two more Union LA x Nike Cortez colorways have surfaced.