HomeFootwearNike Presents the ISPA Link in "Black" and "Barley"
FootwearStyle

Nike Presents the ISPA Link in “Black” and “Barley” 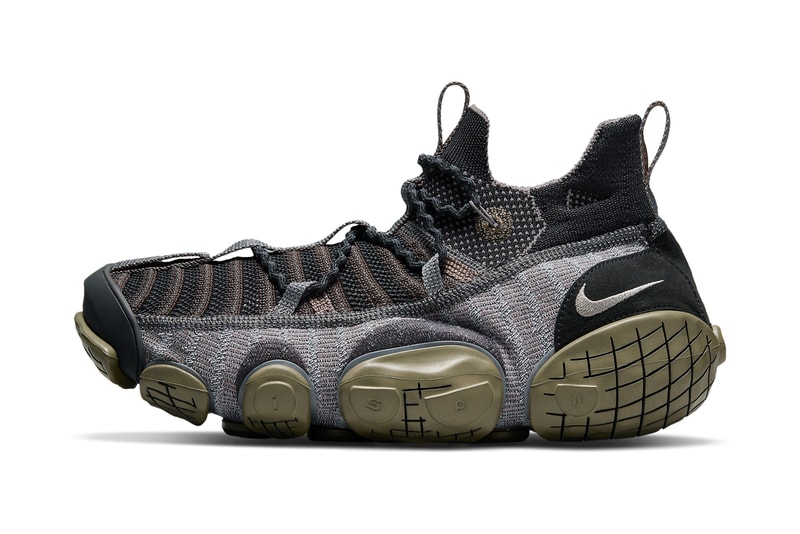 Driven by innovation, Nike continues to push the envelope with its various approaches to reimagining footwear design. One initiative backing this movement is the Nike ISPA program. Introduced in 2018, ISPA is a design philosophy the Swoosh has used to rework silhouettes both old and new. With its name standing for improvise, scavenge, protect and adapt, ISPA projects follow these principles in all of its releases. Announced earlier this year, Nike is introducing the ISPA Link, a shoe built for disassembly.

While four colorways have already been revealed, we now have a closer look at the "Black" and "Barley" iterations. Broken into three modules, the ISPA Link opts to exclude glue from its construction, allowing it to be easily taken apart and recycled. The beauty of its simplicity in design is that it takes a mere eight minutes for Nike to assemble a pair. One module that stands out is the sole unit. Utilizing pegs in its design, the sole offers each pair pops of color. A "Medium Olive" is found on the "Black" version while the "Barley" pair favors "Desert Moss."

Release for the two colorways is set for June 22 at a retail price of $225 USD via Nike and select retailers.

In case you missed it, Jordan Brand has outfitted the Air Jordan 36 in a "Year of the Tiger" colorway.