HomeFootwearNike Shouts Out the Bronx With This Air Force 1 Low "Bronx...
FootwearStyle 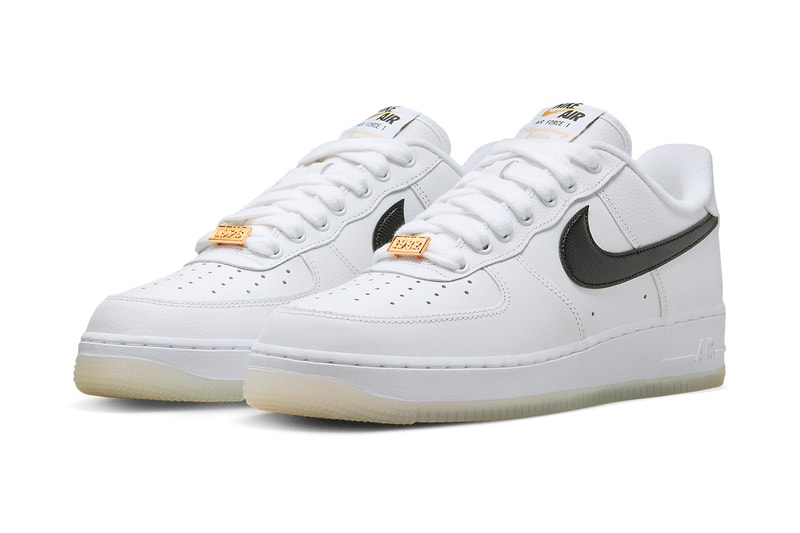 In sneaker culture, there are certain silhouettes that have deep-rooted histories with various cities across the globe. For example, Los Angeles is a destination that is heavily associated with the Cortez and New York City has been often identified with the classic Air Force 1. And to honor the latter, Nike has generated a brand new Air Force 1 Low "Bronx Origins" colorway .

The Bruce Kilgore-designed silhouette has been treated with neutral tones here. Upper halves have been crafted with a crispy white tumbled leather and come accented by textured leather Swooshes that are flooded with black. Gilded accents get their own moments to shine as well through the "Anniversary Edition" hits on the tongue banners as well as the lace dubraes which split between the years "1973" on the right shoe and "1982" on the left. Literal nods to the Big Apple borough can be seen through the vinyl record graphics that are printed on the insoles as well as the "Bronx" spell-outs that are printed inside the translucent outsoles.

Official images of the NYC-themed colorway can be seen above, and you can expect Nike to release these in the coming weeks.

Elsewhere in the realm of kicks, Nike has given the Air Kukini a "Pixel" motif.