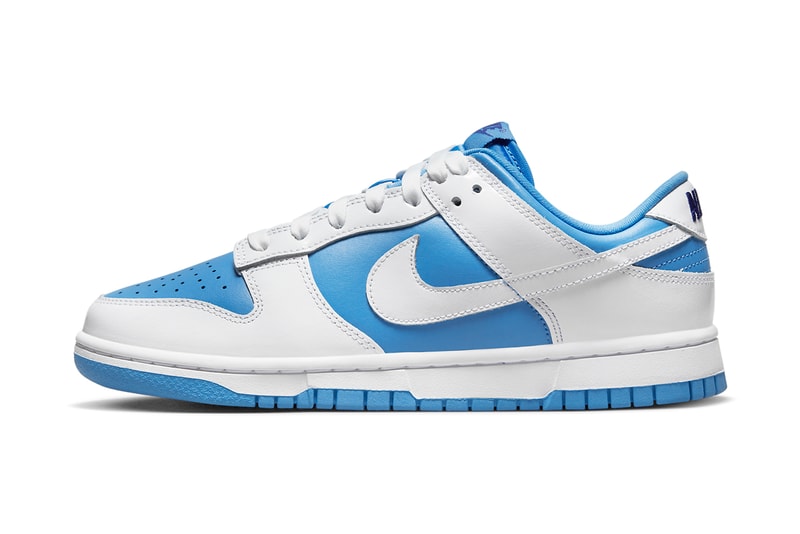 Nike has continued to answer the demand for Dunks with an onslaught of colorways throughout the past few years. Ranging from simple approaches like the black and white "Panda" to complex reworks such as Union's "Passport Pack," the Dunk Low continues to operate as a canvas for ideas. Now, Nike puts a spin on its "University Blue" Dunk Low by inverting its color choices on the upper.

No stranger to university themed colorways, Nike once again uses the University of North Carolina's classic "Carolina Blue" on this iteration of the Dunk Low. Constructed of a standard leather upper, the UNC blue touches down on the base while white overlays and laces complement the look. Navy hits on the tongue and heel branding combine with a white midsole and UNC blue outsole to round out the colorway.

Releasing in women's sizing, expect the Nike Dunk Low "Reverse UNC" to be available via Nike and select retailers later this year at a retail price of $100 USD.

In other footwear news, the Air Jordan 1 Low OG is coming in a "Mystic Navy."