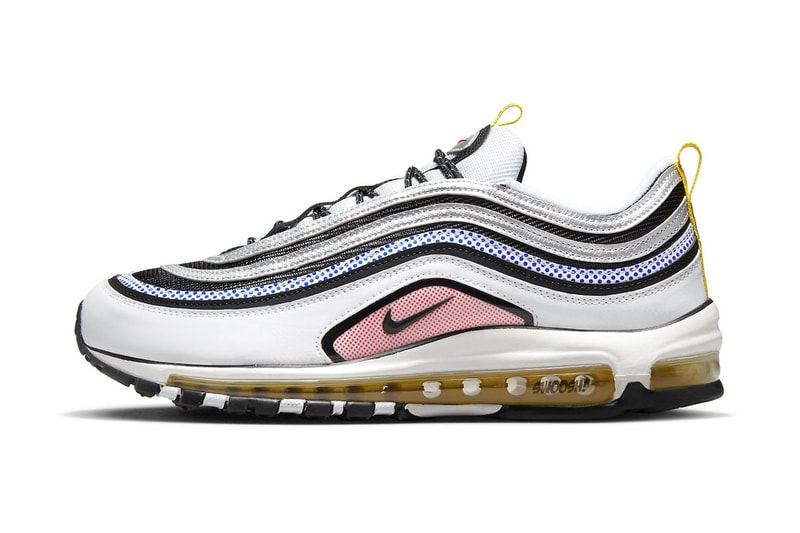 Following graphic-heavy takes on the Nike Air Force 1 and Air Jordan 1 Low, Nike's comic book/manga-inspired footwear collection is back once again with the debut of a new Nike Air Max 97 "Mighty Swooshers." The upcoming pairs arrive in a black mesh base with silver, white, black, and polka-dot details in blue and red.

Rounded laces are speckled and bright yellow pull tabs are decorated with "Air Max!" and "!?" details. Additional hits include mismatched insoles which display "The Battle of Dimension" and "Nike And The Mighty Swooshers" in sci-fi-inspired title text. Rounding out the design are translucent air bubble midsoles with "SWOOSH!" branding and two-tone black and white rubber outsoles.

Take an official look at the Nike Air Max 97 "Mighty Swooshers" above and expect the pairs to release on July 1 at Nike's website and select retailers for $170 USD.