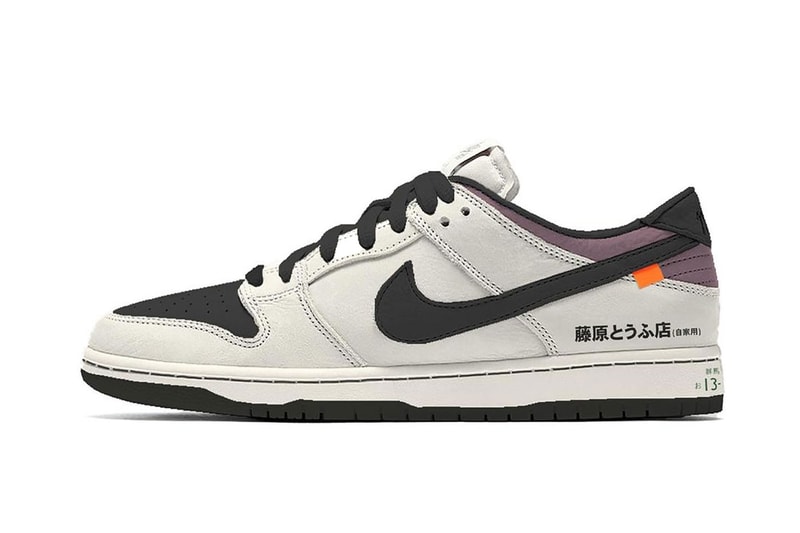 Taking elements from the Toyota Sprinter Trueno AE86 that served as the delivery car for Fujiwara Tofu Shop, the Dunk Low concept features black and white leather uppers with a purple panel on the heel and an orange tag on the end of the Swoosh resembling the car's blinkers. The shop name is printed in Japanese on the lateral heel counter, and the license plate is etched in green on the rear of the white midsoles. Classic black rubber outsoles complete the tribute design.

While these pairs have been presented as a concept and are not yet available, BAIT worked with the Initial D team and adidas last year to craft an official AE86-inspired Nizza Hi which is available in secondary markets. Take a closer look at the inspirations behind the no-brainer* AE86 Dunk design below.