Luka Doncic gets his very own Air Jordan 36 PE (Player Exclusive) an it’s a really good one. Dubbed the Air Jordan 36 El Matador (Doncic’s nickname) the nickname of the sneaker is said to be a nod to his playing days for Real Madrid.

Shown below, the Air Jordan 36 Luka Doncic El Matador goes extra bold as it comes dressed in a Chile Red, Metallic Gold, University Red, and Black color scheme. The attention-demanding design dresses up the sneaker in an all-Red base that is then detailed by the Metallic Gold hits inspired by the traje de luces costumes worn by traditional bullfighters in Spain. Other notable details include the “El Matador” labeling on the inner tongues and back heel pull tabs as well as the Gold lace tips and Red outsole. Clean, right!?

In Jordan Brand news, the Air Jordan 4 WMNS Canyon Purple is expected to debut next month. 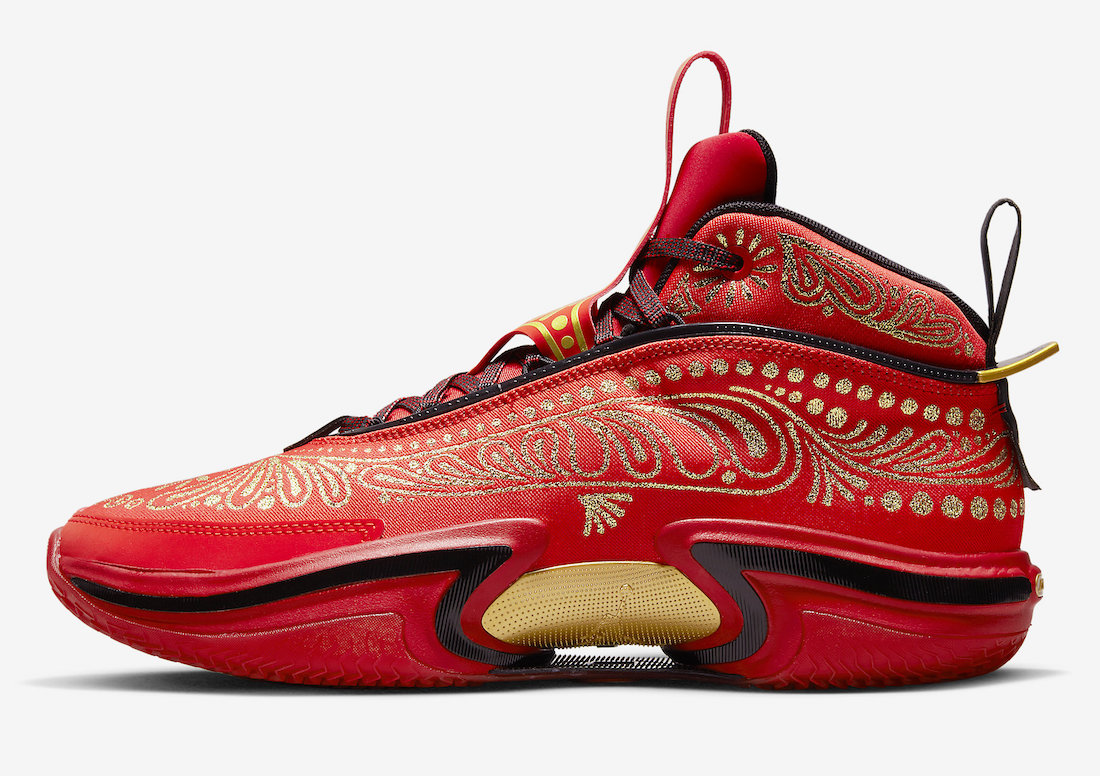