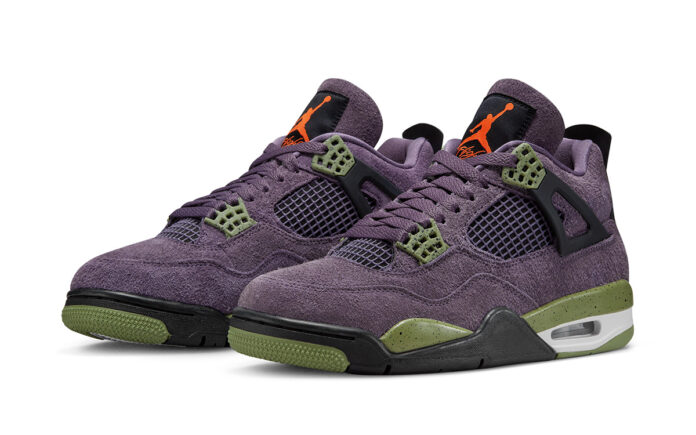 If you always wanted the Travis Scott x Air Jordan 4 “Purple”, the Air Jordan 4 WMNS “Canyon Purple” is a solid alternative as the silhouette is slated to make its debut this summer. Suggested to be one of the notable drops this year, the sneaker is defined by a bold purple suede upper that is complemented with hits of Anthracite throughout, followed by speckled eyelets and more speckling on portions of the midsole. Finally, pops of orange on the tongue branding and behind the tongues solidify the eye-catching profile.

Retailing for $200, look for this Air Jordan 4 at SNKRS, select Jordan Brand stockists and online on October 15th. For a complete guide including official photos, release dates, pricing and where to buy, visit: Air Jordan 4 WMNS “Canyon Purple”. Always keep it locked to KicksOnFire for the latest in sneaker news, release dates and where to purchase your favorite kicks.

UPDATE (9/24): The release date for the women’s Air Jordan 4 “Canyon Purple” has been changed again according to zsneakerheadz as the sneaker is now scheduled to drop on October 15th for $200. Check out full official images below and stay tuned for more updates. 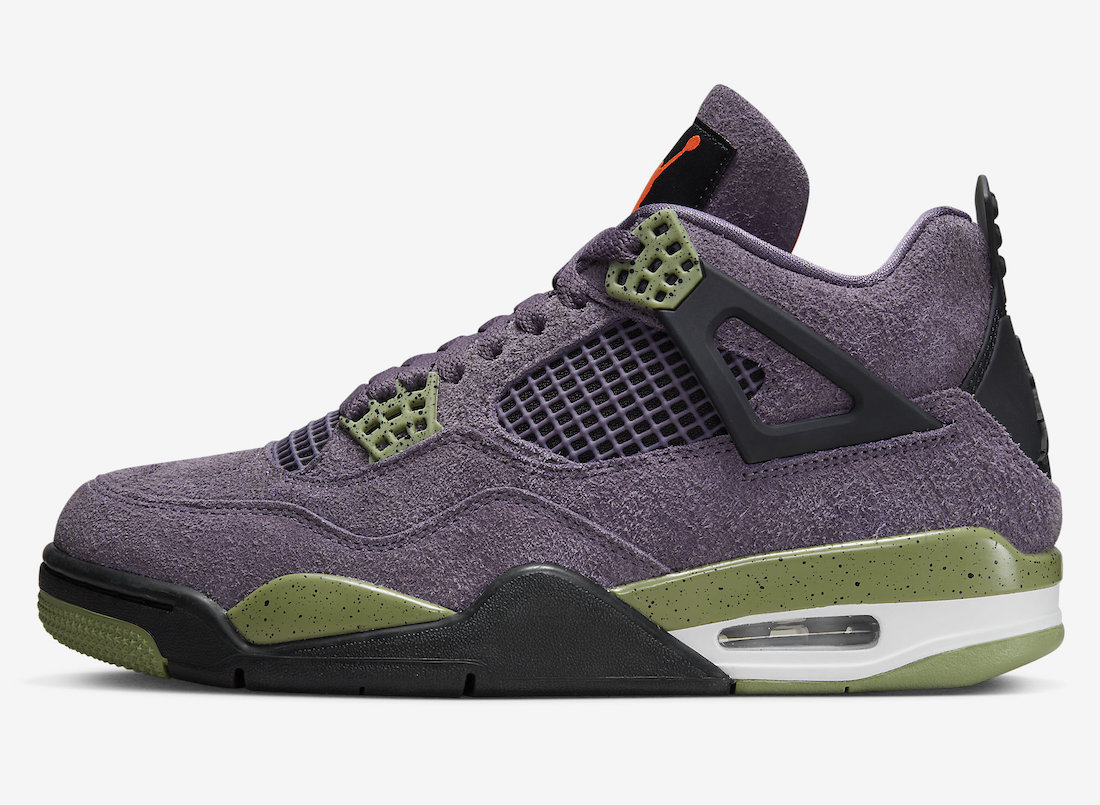 UPDATE (8/30): Previously expected to release on August 25th, the women’s Air Jordan 4 “Canyon Purple” is now scheduled to release on December 3rd according to zsneakerheadz. Extended sizing up to a 16.5 W / 15 M will be available.

UPDATE (7/11): Nike unveils official images of the women’s Air Jordan 4 Canyon Purple. Current reports still have this new colorway of the Air Jordan 4 releasing on August 25th for the retail price of $200.

Update: 6/2022 – The Air Jordan 4 WMNS “Canyon Purple” is now scheduled to make its debut on August 11, according to sources. Stay tuned for the official confirmation.