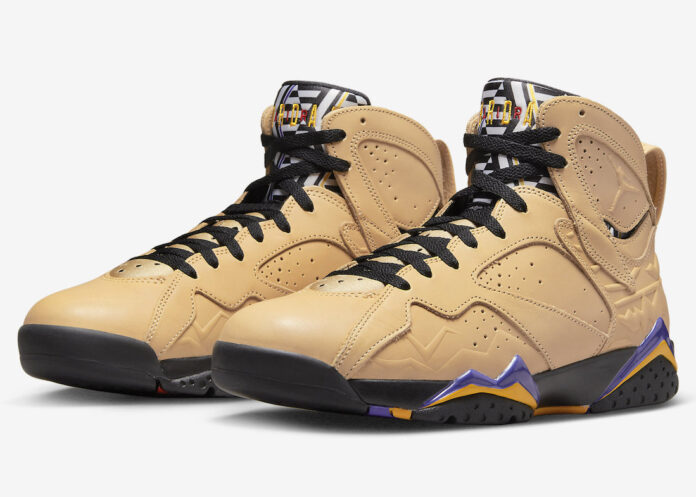 Making its debut this fall season, here are official images of the Air Jordan 7 SE Afrobeats.

One of several Air Jordan 7 releases celebrating the model’s 30th anniversary this year, this special iteration of the model is inspired by Afrobeats. Afrobeats also known as Afro-pop, Afro-fusion, is an umbrella term to describe popular music from West Africa and the diaspora that initially developed in Nigeria, Ghana, and the UK in the 2000s and 2010s. Done in an official color scheme listed as Vachetta Tan/Black-Taxi-Dark Concord, details include an upper covered in earthy Tan hues with bold Black and White hits along with Purple and Yellow accents on its midsole. The sneaker’s most notable feature is the geometric graphic and screen-prints found throughout the shoe.

UPDATE (8/17): Following a look at official images, @zsneakerheadz has reported that the all-new Air Jordan 7 SE “Afrobeats” is expected to release on October 20th for $210.