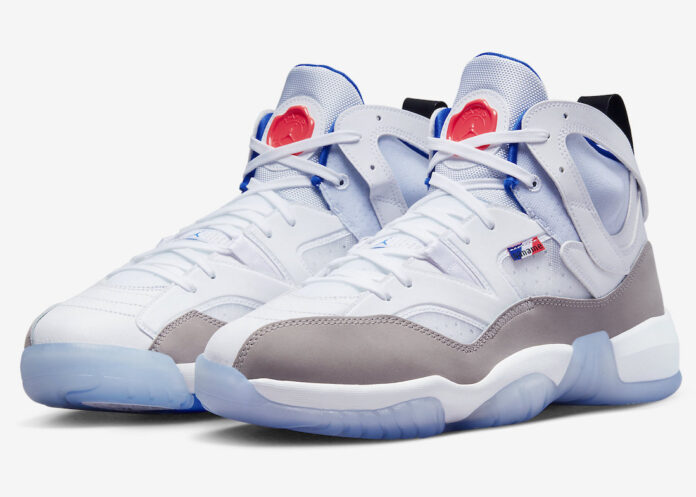 The Jordan Two Trey PSG (Paris Saint-Germain) starts off with a White base that is constructed in a mix of mesh and leather paired up with Grey nubuck mudguards. Collab details come by way of the PSG callouts located on the lateral tag, tongues, heel tabs, and insoles. Finishing details include the White midsole atop an icy outsole.