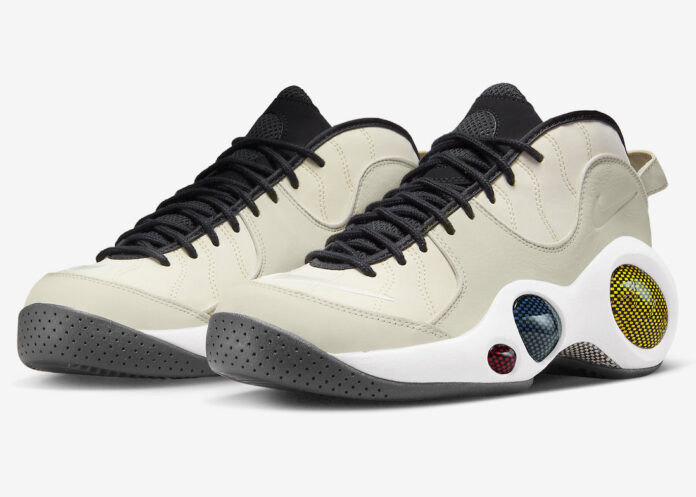 Making its debut this  fall season, here is an official look at the Nike Air Zoom Flight 95 in the Light Orewood Brown colorway.

Done in an official color scheme listed as Light Orewood Brown/Blue Cobalt-University Gold-University-Red-Black-White, this brand new makeup of the model is highlighted by the multicolored bug eyes on the lateral side done in Red, Blue, and Yellow. As far as the rest of the sneaker goes, the upper is done in a Light Orewood Brown that is then contrasted by the Black detailing throughout. A White midsole atop a Black rubber outsole round out the main features of the sneaker.

The Nike Air Zoom Flight 95 Light Orewood Brown has no confirmed release date, but current reports have them releasing during the fall season at select retailers and Nike.com.

UPDATE (9/1): The Nike Air Zoom Flight 95 Light Orewood Brown has just dropped via SNKRS and select retailers for a price tag of $185.