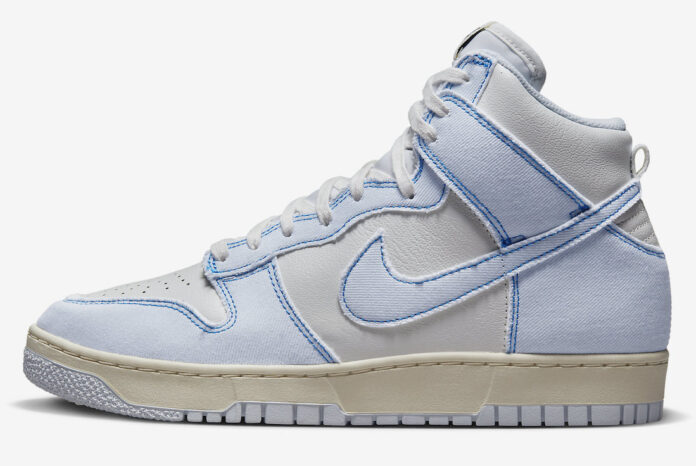 The Nike Dunk High 1985 “Pink Denim” is another new colorway of the silhouette which is slated to make its debut soon. As suggested, this rendition is reflective of the timeless Dunk High 1985 in its OG shape. Boasting a white leather upper, the highlight consists of blue denim overlays throughout which are outlined with a bolder blue stitching. Additionally, pops of black adorn the branded tongue tags and insoles while it’s adhered atop an aged midsole and light blue rubber outsole to top off the design.

Retailing for $130, look for the Nike Dunk High 1985 “Blue Denim” at select Nike stockists and online soon. Stay tuned for the official release date. Always keep it locked to KicksOnFire for the latest in sneaker news, release dates and where to purchase your favorite kicks.

Worn well and well-worn, the Dunk returns once again to match the original shape, look and feel of the ’85 high top. Sun-washed Royal Blue denim brings the Americana flair. Raw-edge detailing and contrast stitching add a free-spirited look to any ‘fit. And the aged midsole delivers a little hook-shot spirit back to the streets.