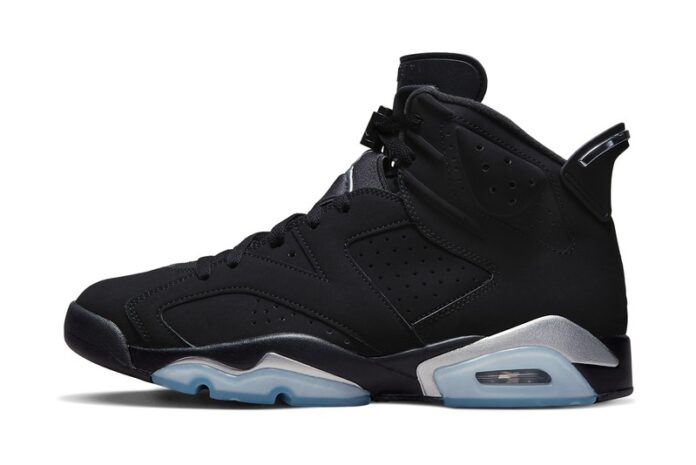 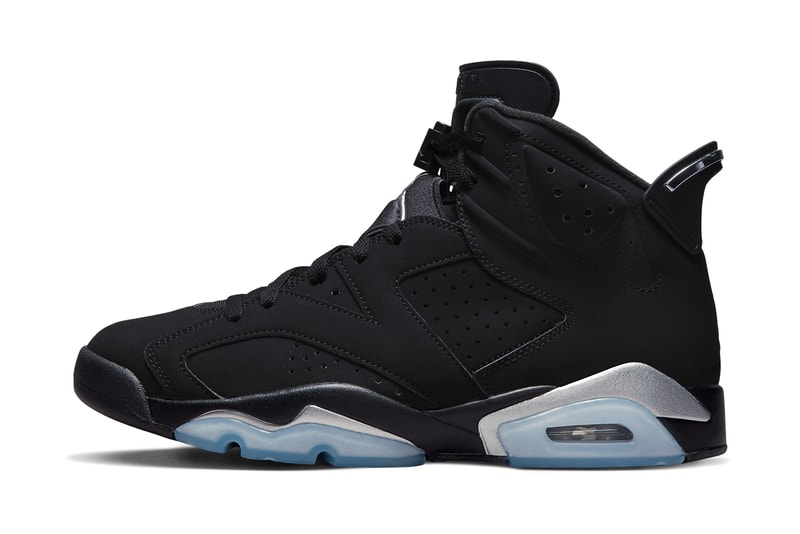 A relatively quiet year for the Air Jordan 6, Jordan Brand has kept its involvement with the silhouette lowkey. Key releases thus far include "Georgetown" and "Red Oreo" looks alongside various PE reveals. Adding to the sneaker's list of notable drops for 2022, a new "Metallic Silver" colorway surfaced in September. Pulling inspiration from the Air Jordan 6 Retro Low "Black Metallic" and Defining Moments Pack’s (DMP) Air Jordan 6 from 2006, this pair puts a twist on classic releases.

Now arriving on the original high-top version of the silhouette, the "Metallic Silver" treatment balances a primarily black color palette with silver and blue accents. Beginning with its black nubuck upper, the traditional form of the sneaker appears with silver on the Jumpman logos at the tongue, heel, outsole and sockliner. Additional hits of "Metallic Silver" can be spotted at the midsole, heel and special box. Its sole unit balances a black rubber outsole with a portion of it in a blue translucent finish, rounding out the detailing of this colorway.

Following an initial delay from Nike, the Air Jordan 6 "Metallic Silver" is now scheduled to land on shelves November 12. Look for it to be available via Nike and select retailers worldwide at a price of $200 USD.