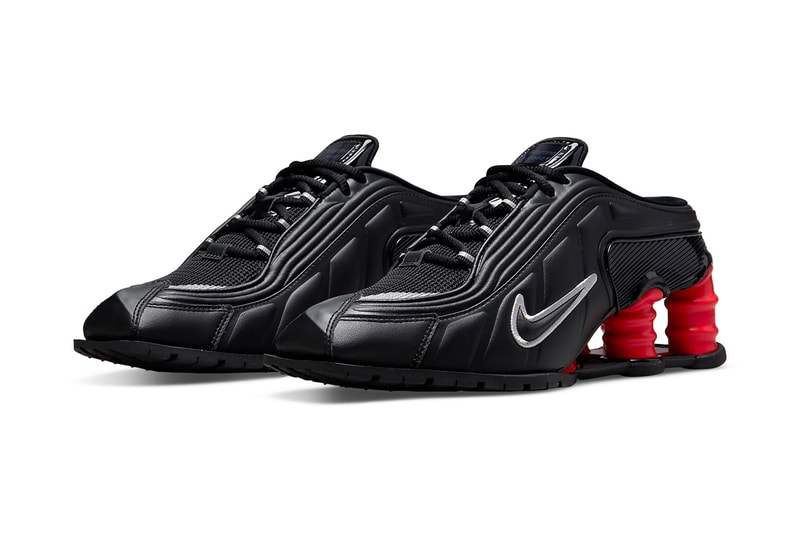 Martine Rose is not one to simply take a silhouette, switch up the colors, adjust the materials and call it a day. The British-Jamaican designer has a knack for reconceptualizing silhouettes with her unique language, and that is what she put on display when she beefed up the tooling of the already-chunky Monarch IV back in 2019. Given the reception from that collaboration, Nike has called the London-based designer back for another project which now entails the Nike Shox MR4 — a trainer that originally made its debut in 2000.

Two colorways were spotted walking down the runway of her SS23 show in Vauxhall, London, and the "Black" variant has now been officially unveiled. Rose makes a bold statement with this model and she completely revamps the model's build. The toe box has been reformatted with a square-toe shape, and the side walls have been brought in tighter to create a sleeker, more tapered aesthetic. In terms of branding, her moniker has been inserted into the tongue badges as well as the right shoe's insert. Reflective accents show up on the laces and toe boxes for extra flair and the Shox pistons out back have been dyed with a bold red hue.

Look for these to release alongside a white colorway during the SS23 season.

For other news, another Nike Dunk High "Fossil Stone" colorway has been unveiled.