Official Images of the Nike SB Dunk Low “Be True” 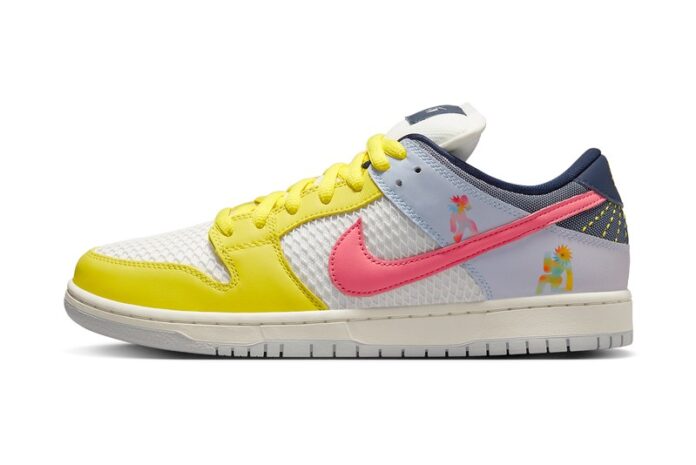 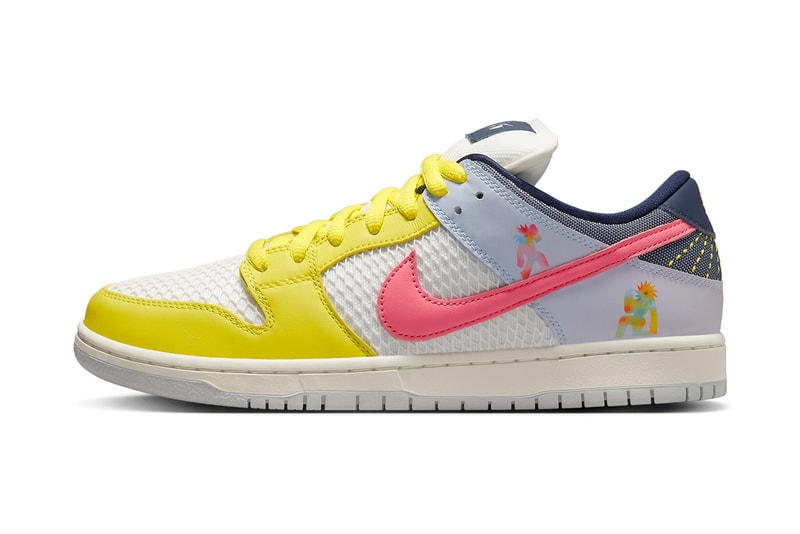 This year, Nike's "Be True" collection included iconic silhouettes such as the Cortez and SB Dunk Low. Now, the Swoosh looks to be utilizing the SB Dunk Low once again for its next "Be True" capsule. Following the reveal of a "Be True" Air Deldon, Nike has shared an official look at its upcoming pride-themed SB Dunk Low.

Previously spotted on-foot, this colorful arrangement of the classic SB Dunk Low begins with a unique mesh base. From there, bright yellow leather overlays and laces begin at the toe and expand to the lacing system. Its leather heel counter runs around the sneaker, beginning in lavender at the lateral and transitioning to a salmon pink as it wraps around to the medial. These colors are inverted for the Swooshes of each side, with a pink salmon Swoosh at the lateral and a lavender one at the medial. Various "Be True" notes are featured throughout, including thematic drawings towards the heel, a custom shoe box and sockliner.

Originally thought to release during LGBTQIA+ History Month, which takes place during the month of October, the next "Be True" collection does not have a release date set. Traditionally, these collections debut during Pride Month in June. However, it's possible the Nike SB Dunk Low "Be True" and its accompanying capsule colorways will be available via Nike and select retailers at an earlier date.

For more in the busy world of footwear, the Nike SB team has revisited the SB Dunk High for its Orange Label series, this time outfitting it in a "Sweet Beet" colorway.