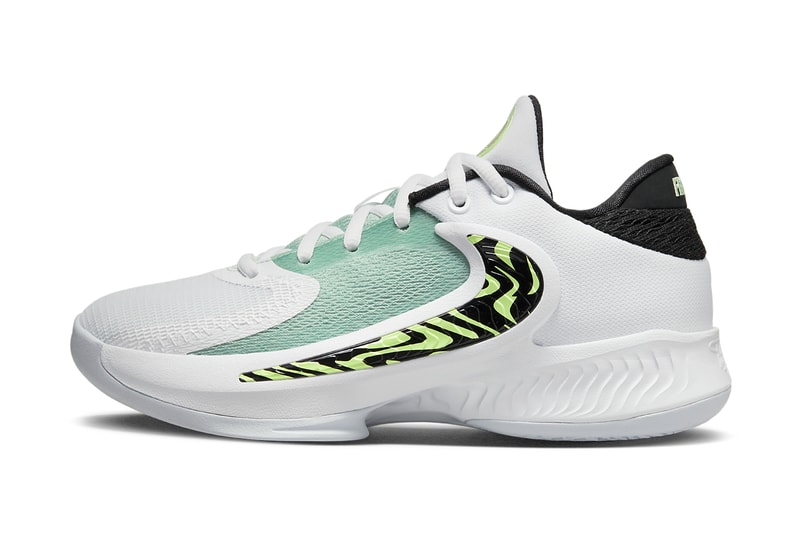 In preparation of the 2022-23 NBA Season, Nike Basketball has continued to leverage its all-star lineup as part of the rollout of several new signature shoe releases such as the Lebron 20 and Jordan Luka 1. In addition, last month the Swoosh revealed the next entry from Greek superstar Giannis Antetokounmpo's collaborative line, named the Nike Zoom Freak 4.

Arriving in a low-top form, the Zoom Freak 4 carries over familiar elements from the Zoom Freak 3. The reversed Swooshes make a return, this time starting just above the midsole and nearly reaching the lacing system. Signature branding elements land on the tongue, sockliner, heel and sole unit. In "Barely Volt," the upper blends white, seafoam green and black while volt green accents can be found on the Swooshes and other logos. The sole, which utilizes Zoom technology, is found in white, completing the look.

Check out our first official look at the Nike Zoom Freak 4 above, however, note that these images are for the GS release of the shoe. Keep an eye out for the shoe to make its debut later this year via Nike and select retailers in family sizing.