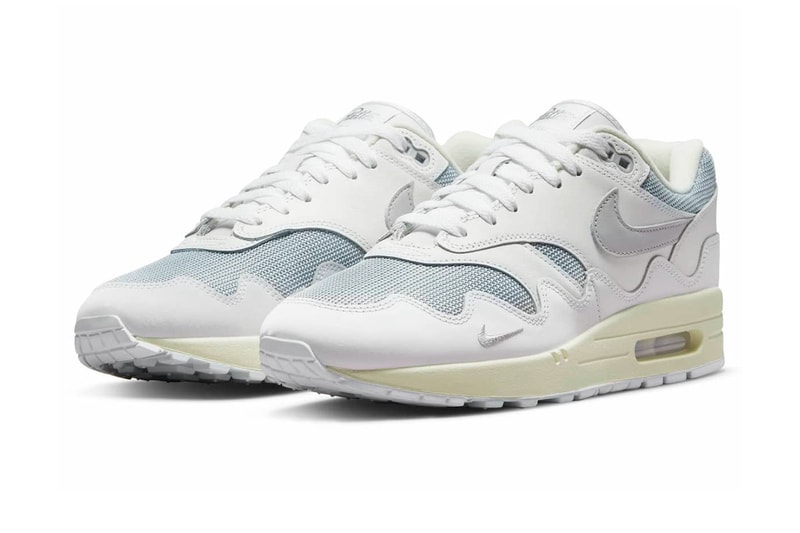 One of the most excitement-generating collaborations of 2021 was the alliance between Patta and Nike in celebration of the Air Max 1. Four colorways trickled out into the market in the latter half of last year, each one selling out within minutes of their release, and now the Dutch imprint is slated to broaden this capsule in 2022 with a brand new white and gray colorway. After surfacing earlier this year via leaked photos, the Swoosh officially revealed the kicks.

Brighter neutral tones are the focal point of this collab's presentation. Covering most of the upper half is a clean white hue that lands on the tongues, overlays on the toe boxes and quarters as well as the curvy mudguards. Lighter hits of gray act as complementary hits as they spill onto the Swooshes, mesh panels on the toe boxes and collars as well as the co-branded tongues and miniature Nike checks that are embroidered into the forefoot. Midsole pieces are fashioned with an off-white outer which supplies the sneakers with a touch of vintage flair.

No official launch dates have been announced for this pair just yet, but it's likely that Patta will confirm this in the coming months.