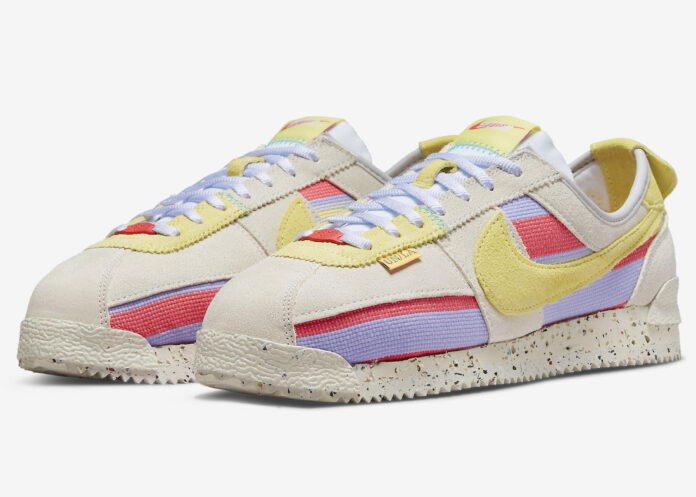 Done in an official color scheme listed as White/Grey Fog-Purple Pulse-Lemon Frost, this summer-ready iteration of the model starts off with a Red and Purple canvas textile-like base paired up with Grey Fog suede overlays. Lemon Frost hits land on areas such as the Swoosh, heel, tongue tag and lower portion of the eyestay. Recurring features found throughout the collection include Union’s UN/LA tags on the lateral forefoot in addition to the brand’s signature Frontman logo adoring the heels. Co-branded cork insoles and a Crater Foam sole round out the main features of the sneaker.

UPDATE (8/4): Nike has announced that the Union x Nike Cortez “Lemon Frost” will be releasing via SNKRS on August 10th for $130.

Nike and UNION LA team up to celebrate the 50th anniversary of the Cortez, reimagining it as an expression of Los Angeles’s cultural diversity. Subtle yet impactful updates like its woven textile underlays, thick suede overlays, and rubberized toe pay tribute to the vibrancy of Angelenos and the rich history the icon has within the city. The Crater Foam midsole and Nike Grind outsole, both made with at least 10% Nike Grind, deliver a fresh lens for the modern generation, while the overall look keeps you rooted to the original from ’72. 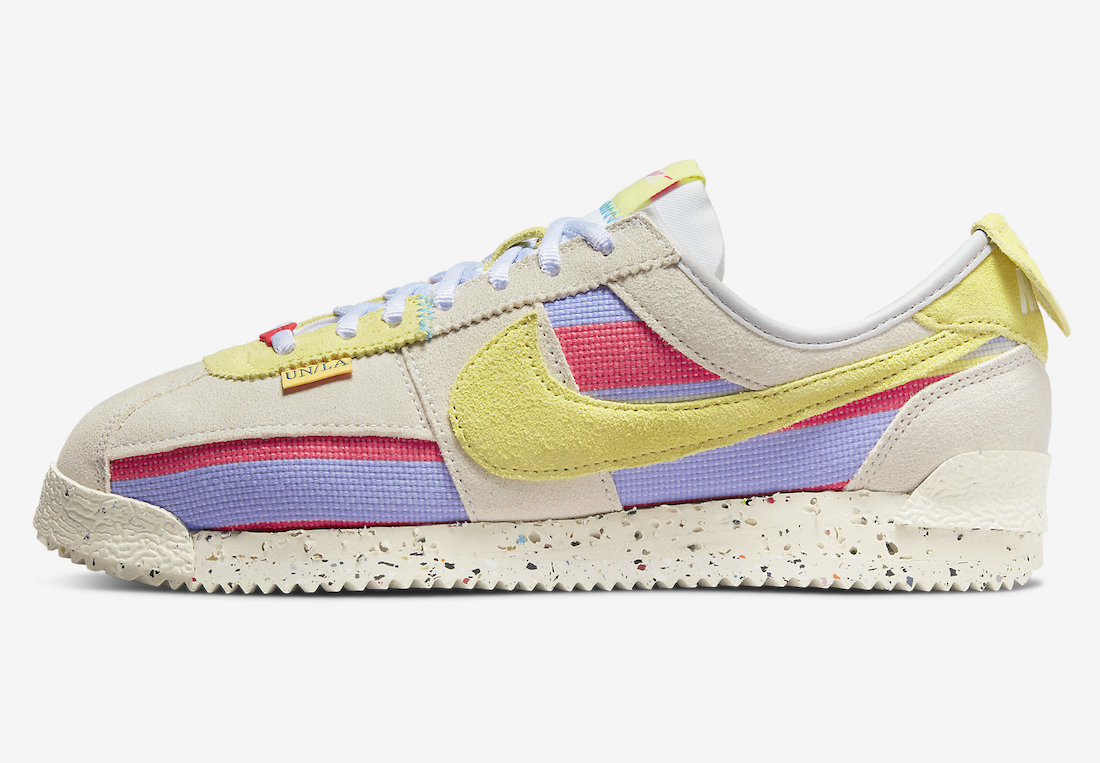