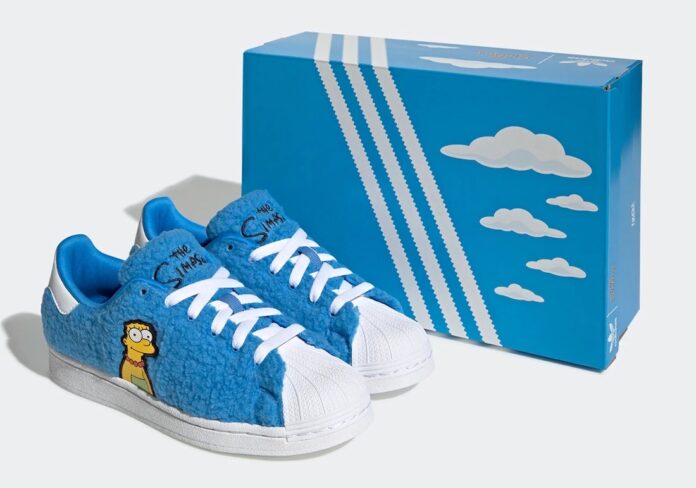 The Simpsons and adidas will soon be expanding to their ongoing partnership as they’re set to release a special iteration of the adidas Superstar paying tribute to Marge Simpson.

Previewed below, the The Simpsons x adidas Superstar Marge Simpson is said to be releasing exclusively in grade-school sizing. What really makes this pair stand out from the pack is the fact that the upper is covered in a furry fabric heavily inspired by Marge’s classic Blue-colored hair. Accompanying the fuzzy upper is an image of Marge on the lateral as well as “The Simpsons” branding on the tongues, heels, and insoles.

Look for the The Simpsons x adidas Superstar Marge Simpson to release in the coming weeks at select retailers and adidas.com. Are you looking forward to this fun release?