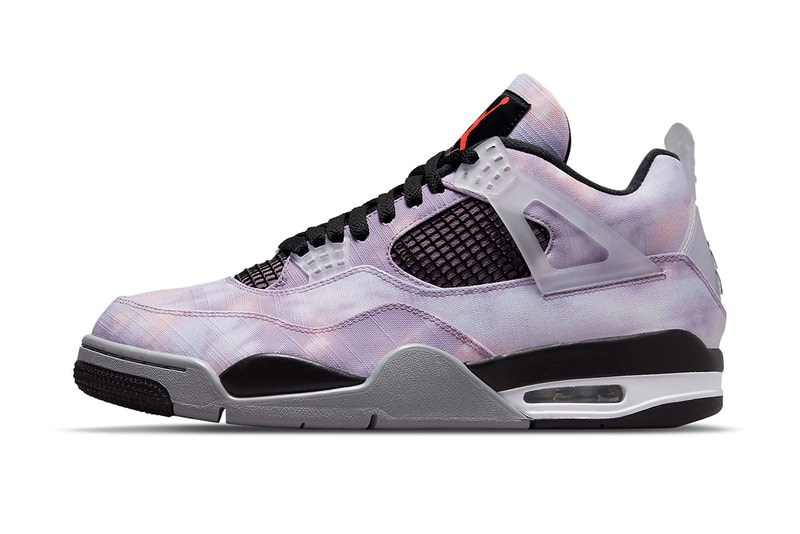 Active is one adjective that can best describe the energy of the Air Jordan 4 this year as it has already been released in a slew of striking colorways and has an array of iterations that are in line to drop in the coming months. One of the latter is the Air Jordan 4 "Zen Master" which, after surfacing via early imagery at the top of 2022 has now been revealed via official images.

This iteration is inspired by Phil Jackson — Michael Jordan's former coach who racked up 11 championship rings during his coaching career. Those who played under Jackson's guidance know that he had a different approach to the game and would often implement obscure rituals within the locker room such as spreading sage before games. This Air Jordan 4 is a nod to his zen mentality and expresses that through its dusted tie-dye patterns that are spread across its entire canvas base layer. Wings and heel pieces are built with a transparent aesthetic and come accented with "Bright Crimson" tongue logos and solid black Jordan heel insignias.

Peep the pair above and be on the lookout for these to hit the shelves in the near future.

In case you missed it, images of the Air Jordan 1 High Zoom CMFT "Citrus" have popped up.