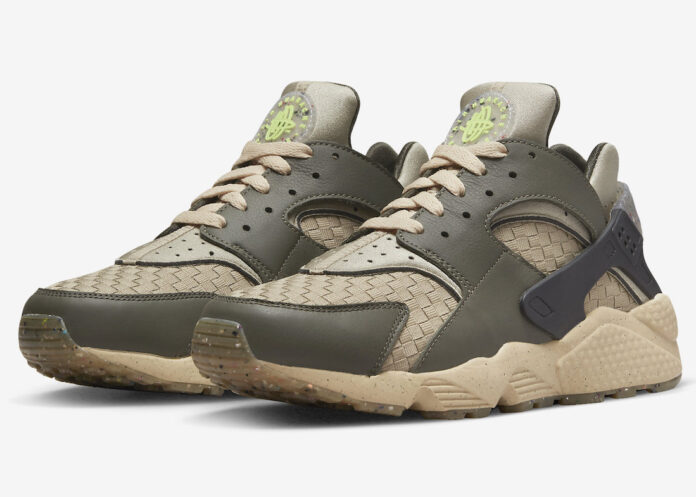 Another “Next Nature” colorway of the Nike Air Huarache has surfaced as this new pair has been covered in earth hues. The fan-favorite model from the Swoosh starts off with a tan woven material on the base of the upper with a matching neoprene inner bootie. Another earth tone is then seen on the shoe with the addition of olive on the leather overlays. Recycled Nike Grind rubber is then noted on the tongue tags, heel counter, and the rubber outsole. Finishing details include cream on the laces and speckled midsole, a dark grey heel clip, and neon green detailing on the tongue branding and insoles which also come with Nike’s pinwheel logo. Fans of the Nike Air Huarache can look for this colorway to release in the coming weeks.

In other news, the Air Jordan 4 Military Black drops this weekend. Will you cop?

UPDATE (8/9): Nike has announced that the Nike Air Huarache Crater in Cargo Khaki and Limestone will be releasing via SNKRS on August 12th for a price tag of $135.

When they fit this good and look this great, your kicks don’t need a Swoosh. Fresh off the press, this updated design brings a special twist to the shoe that’s been giving you oh-my-comfy vibes since it debuted in ’91. A speckled Crater rubber outsole and head-turning checkerboard textile (made with some recycled material) update the look, while the stretchy, “hug your foot” fabric and Nike Air cushioning keep you living on cloud nine.