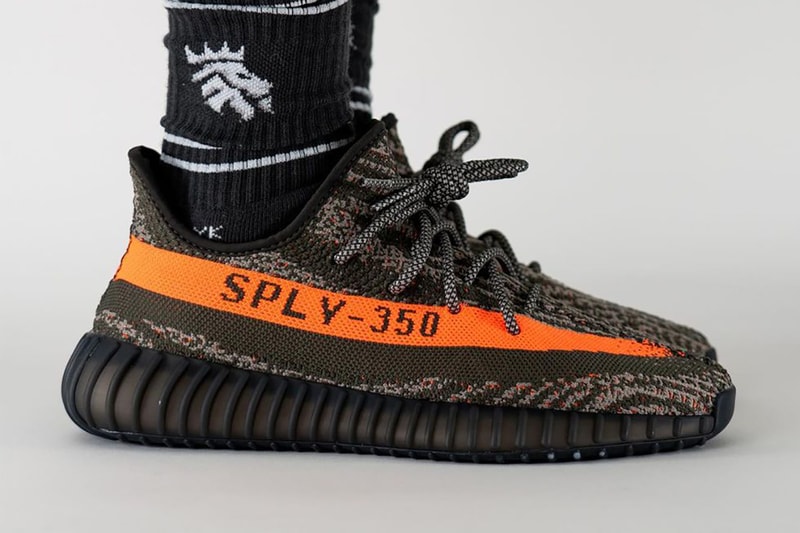 Kanye West and adidas' partnership has undoubtedly been one of the most impactful relationships that the sneaker space has ever witnessed. Together, they've introduced a flurry of new sneaker silhouettes, but if we had to boil their success down to one shoe that changed the game, it would be the YEEZY BOOST 350 V2. It's been Ye's most prolific and popular model to-date, and it has just been unveiled in a new Reflective "Dark Beluga" colorway.

After surfacing in May, we now have a closer look at what the high-vis sneakers look like on foot. As you can gather from its moniker, West revisits the famed "Beluga" theme here, only he dials down the palette to the darker side of the spectrum. The side stripe keeps its bold orange filling, and black "SPLY-350" branding, while the PrimeKnit upper construction is formed with a blend of charcoal gray and black wavy patterns and orange sprinkles. Underneath all of that you'll find the usual ribbed midsole piece tinted in black, and this houses the usual BOOST cushioning system.

Take a closer look at the shoes above, and note that these are going to release in the coming months for the standard $220 USD price point.

In case you missed it, detailed shots of the adidas YEEZY BOOST 350 V2 "Granite" have appeared.