On Heads Into Nature With Cloudtrax Hiking Shoe 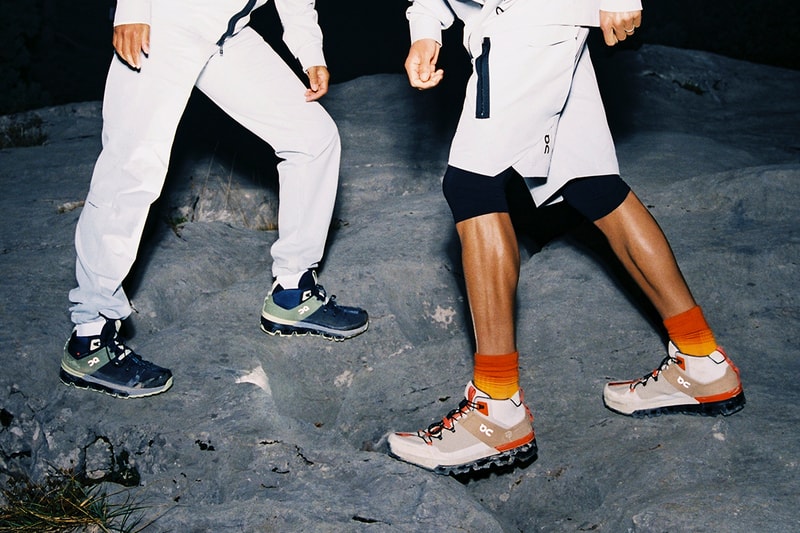 Best known for its running footwear, Swiss label On has entered the outdoors space with the arrival of its new Cloudtrax hiking silhouette. The shoe has been designed to handle a variety of terrains, meaning that it is just as useful walking down city streets as it is hitting mountain trails.

This capability comes through the Missiognrip outsole, giving extra traction through various patterns and connected lugs around the forefoot. The outsole is then combined with an extra strong midsole for stability, and On’s signature CloudTec to guarantee cushioning for the wearer. Finishing off the design is an upper constructed from a breathable mesh tongue and water-repellant textile, and a one-pull speed lacing system.

"With the Cloudtrax we are launching a new kind of performance hiking footwear, strongly influenced by the desire to approach the outdoors in many ways. No compromise in style and function, therefore versatile, made for mixed outdoor activities, not only hiking. The Cloudtrax bridges the gap between city and mountain, so no need to decide which shoe you need for the day, it does it all."

The Cloudtrax is available in two colorways — "Reseda Lavender" and "Chai Ivory" — now via the On web store.

In other footwear news, Merrell recently extended its Hydro Moc with the launch of the Hydro Moc Drift.