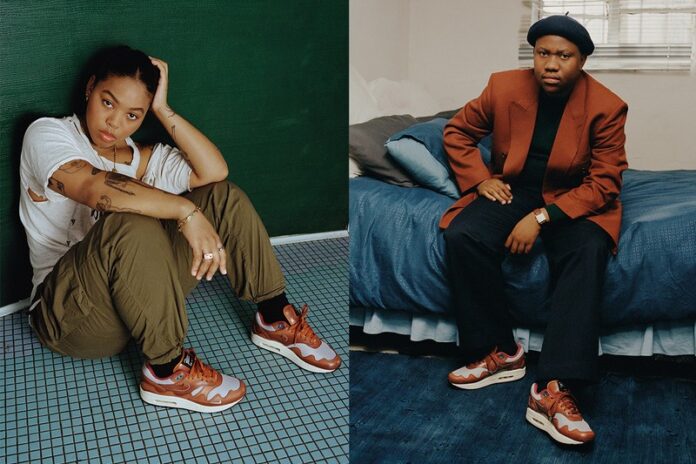 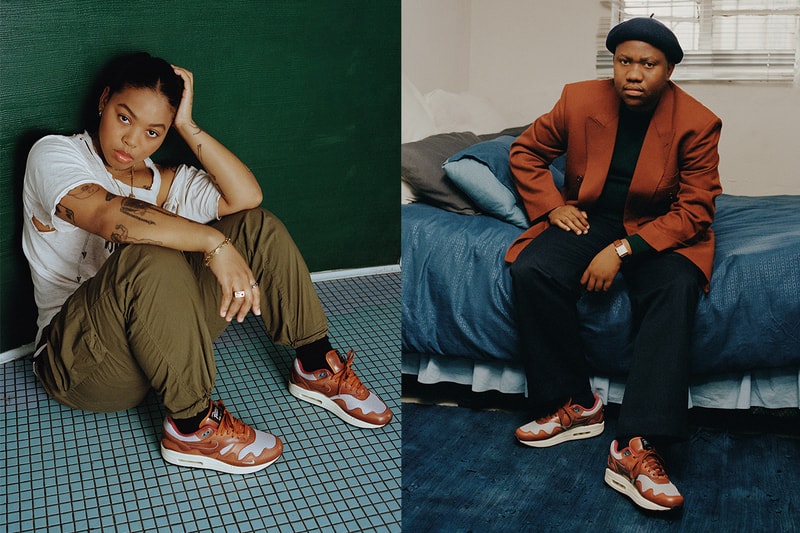 After leaks and teasers, Patta and Nike have officially unveiled the collaboration Air Max 1 “The Next Wave.” The latest release continues the joint work from the two brands, which introduced “The Wave” last year and has since revisited the construction in a range of colorways.

“The Next Wave” features introduces a new colorway, featuring an elevated brown leather construction described as "Dark Russett" alongside "Metallic Silver" mesh a burgundy lining and light blue details. The campaign imagery also teases a second colorway, which replicates the signature Wave pattern in a tonal white design. The new release is inspired by the Africa proverb “Each One Teach One,” supporting Patta’s ambition to create and foster a global community. To further this goal, Patta is also launching a two-day mentorship exchange at Nike's SHAPA Soweto community center in Johannesburg.

“SHAPA serves as a safe space for the next generation of athletes and leaders. By bringing an exchange via the Patta Academy, we are thrilled to collaborate and connect with some of the brightest kids on the African continent through SHAPA.

For us, satisfaction comes from developing product as a means to connect with our community in a deeper way. Our business was built by a collective, both physically and intellectually, and we drive success by celebrating the fabric of our community and collaborating with them at every launch."

"The Next Wave" shoe has been captured in a campaign from US-based photographer Shaniqua Jarvis, featuring a range of creatives including New York grill maker Eddie Plein, illustrator Aya Brown, DJ DBNGogo and entrepreneur Wireless G.

The collaborative Patta x Nike Air Max 1 "The Next Wave" collection will release on August 12 via the Patta web store, physical locations and via SNKRS in Europe. The Patta Academy mentorship will commence in August.

In other footwear news, check out the Dunk Low in “Dark Driftwood.”