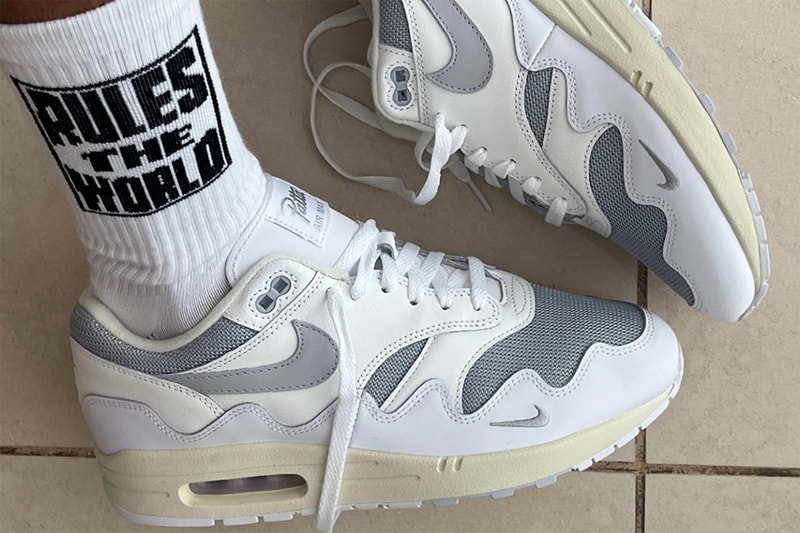 A considerable amount of collaborators have gotten an opportunity to do their own renditions of the Air Max 1 in recent memory in honor of its 35th anniversary, one of which is Patta which unveiled four striking colorways in 2021. We've yet to see the Dutch streetwear brand link with Nike in 2022, but it appears that might change sooner than later as a clean white and gray colorway has just surfaced.

Based off the color scheme of this forthcoming collaboration, the shoes evoke memories of Teddy Santis' most recent New Balance 990v2 MADE in USA "Sea Salt" makeup. The tongues, overlays that are planted onto the heels and mid-foot as well as the wave-shaped mudguards have all been prepared with a stark white hue. Complementary hits of a lighter gray provide some neutral contrast through the collars, co-branded patches on the tongues, Swoosh logos, mesh toe boxes. Tiny forefoot Swooshes are kept consistent and arrive dipped in a gray hue as well. Sandwiched in between the upper and angelic treading is an off-white midsole piece for extra vintage-esque flair.

Peep a first look right here and sit tight for further word on an official launch.