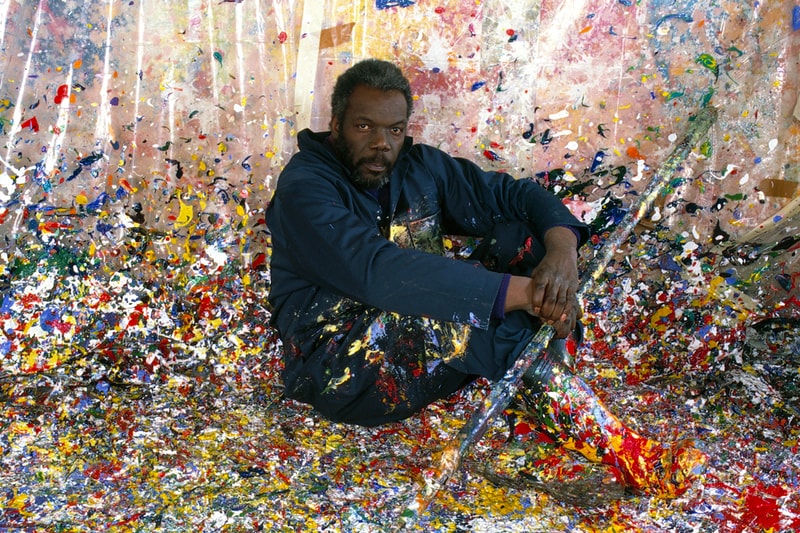 Sam Gilliam, the prolific painter best known for his monumental draped paintings, has died at the age of 88. The news was announced today by Pace Gallery and David Kordansky Gallery, who had represented the artist previously. The cause of death was identified as related to kidney failure.

Born in Tupelo, Mississippi in 1933, Gilliam would go on to receive both his bachelor's and master's degrees in fine art from the University of Louisville. Soon after, the artist migrated to Washington D.C., where he became an integral member of the burgeoning Washington Color School — an innovative 1950s movement that expanded on the foundation of Abstract Expressionism through deceptively simplistic artworks that imbued a sense of motion and tension.

Gilliam developed his famous drape paintings during the 1960s — a symbolic moment in the history of the United States, which coincided with the Civl Rights Movement that was also taking place in the nation's capital. Inspired by the structure of jazz music, the artist wanted to free his paintings from the confines of the canvas and began hanging each artwork from the ceiling. “My 'Drape' paintings are never hung the same way twice. The composition is always present, but one must let things go, be open to improvisation, spontaneity, what’s happening in a space while one works," Gilliam said in a past interview.

The artist would go on to become the first African American artist to represent the US at the 1972 Venice Biennale. His work is now held at the world's most revered collections — from the Metropolitan Museum of Art and the Museum of Modern Art in New York, the Tate Modern in London, to the the Musée d'Art Moderne in Paris, amongst many.