Paris Saint-Germain (PSG) soccer club and Jordan Brand has joined forces for yet another sneaker collaboration this time working on the Air Jordan 5 Low. Showcased below, this collaborative Air Jordan 5 Low gets covered in an official color makeup of Pumice, Game Royal, Black, and Plum Eclipse as the shoe starts off by featuring a grey nubuck construction. Black detailing is then noted on the rubber midsoles along with grey tongues and icy blue translucent outsoles. Finishing details include “PANAME” tags on the lateral side panels, clear mesh netting, “Paris” behind the tongues, red lace locks, and a red stamp on the heels wrap things up. Current reports have the PSG x Air Jordan 5 Low dropping on July 16th for $200. Keep it locked to Kicks On Fire for updates.

Update: 6/6 – @leaked.sneaks provides a closer look of the PSG x Air Jordan 5 Low which is scheduled to make its debut on July 22. 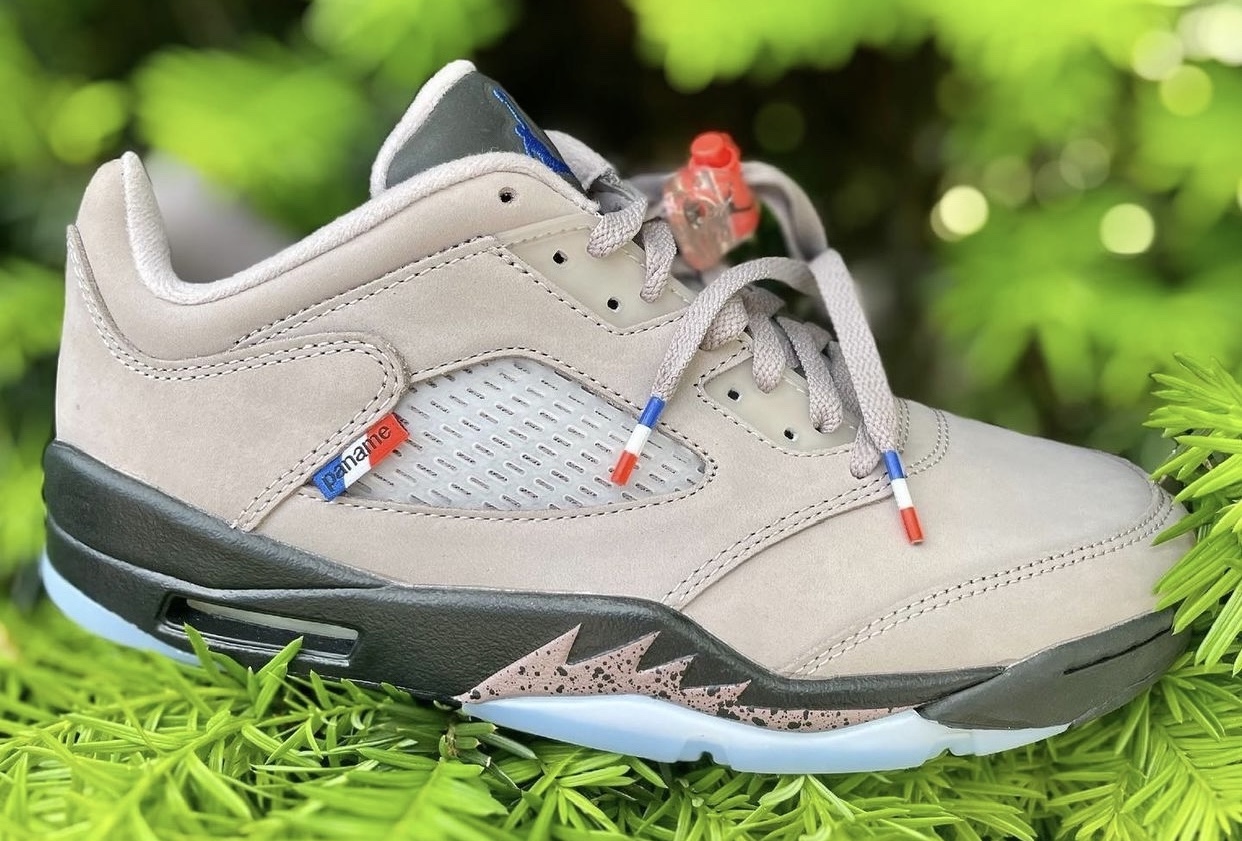 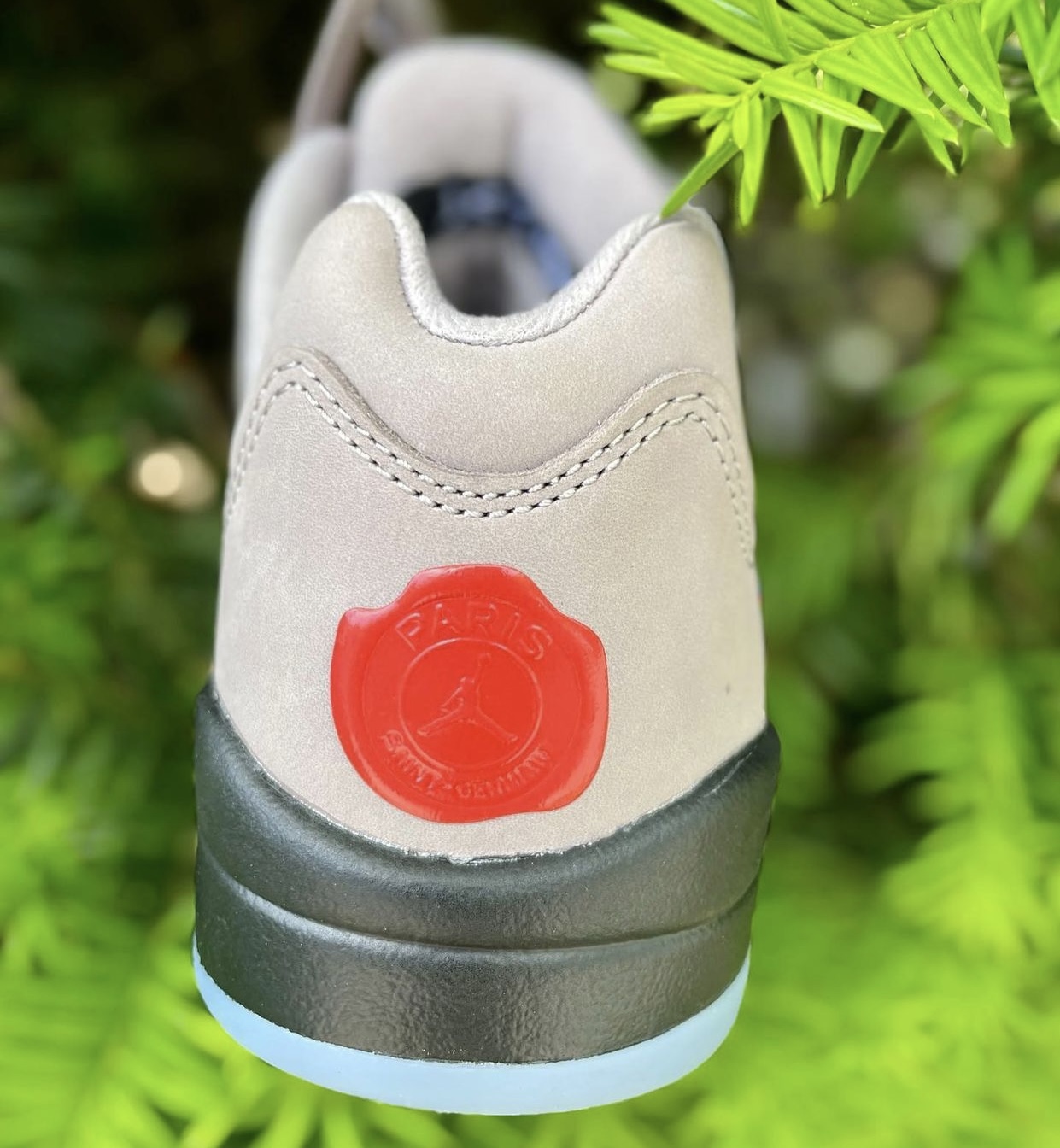 In release news, the Air Jordan 9 Chile Red drops this weekend. Will you cop? 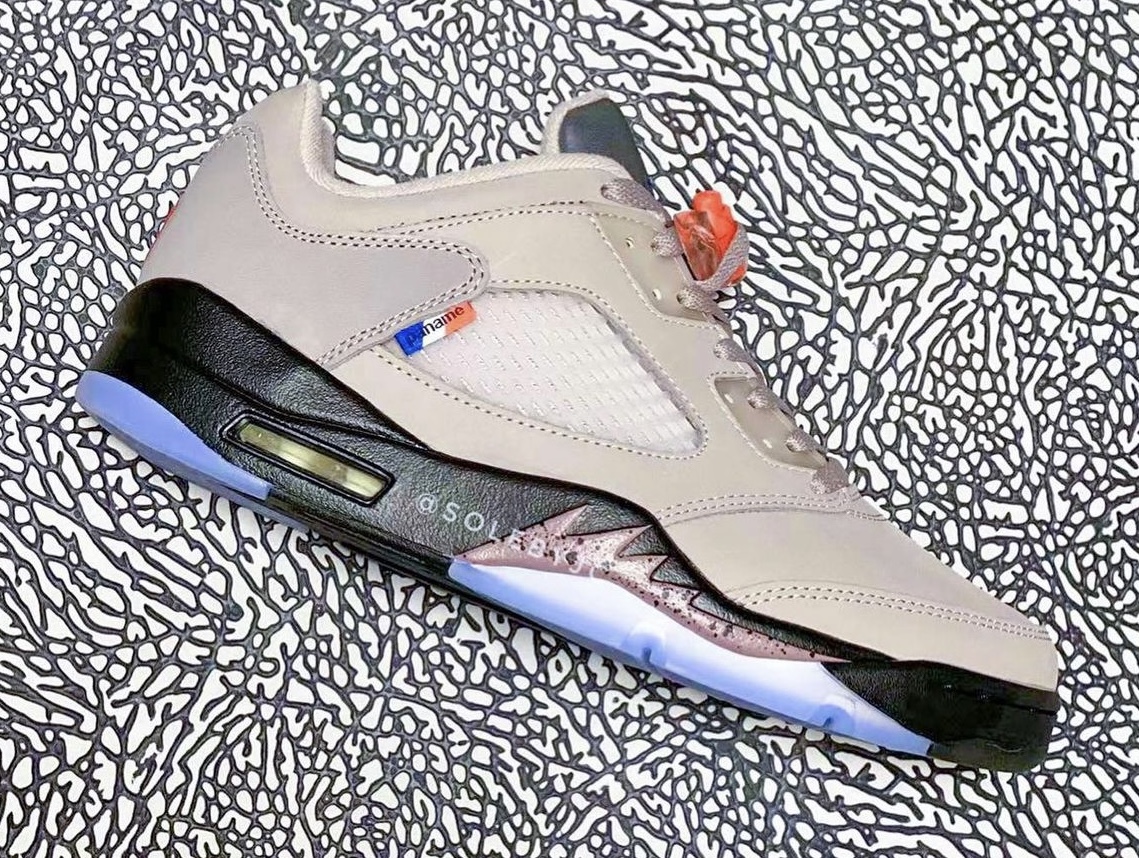 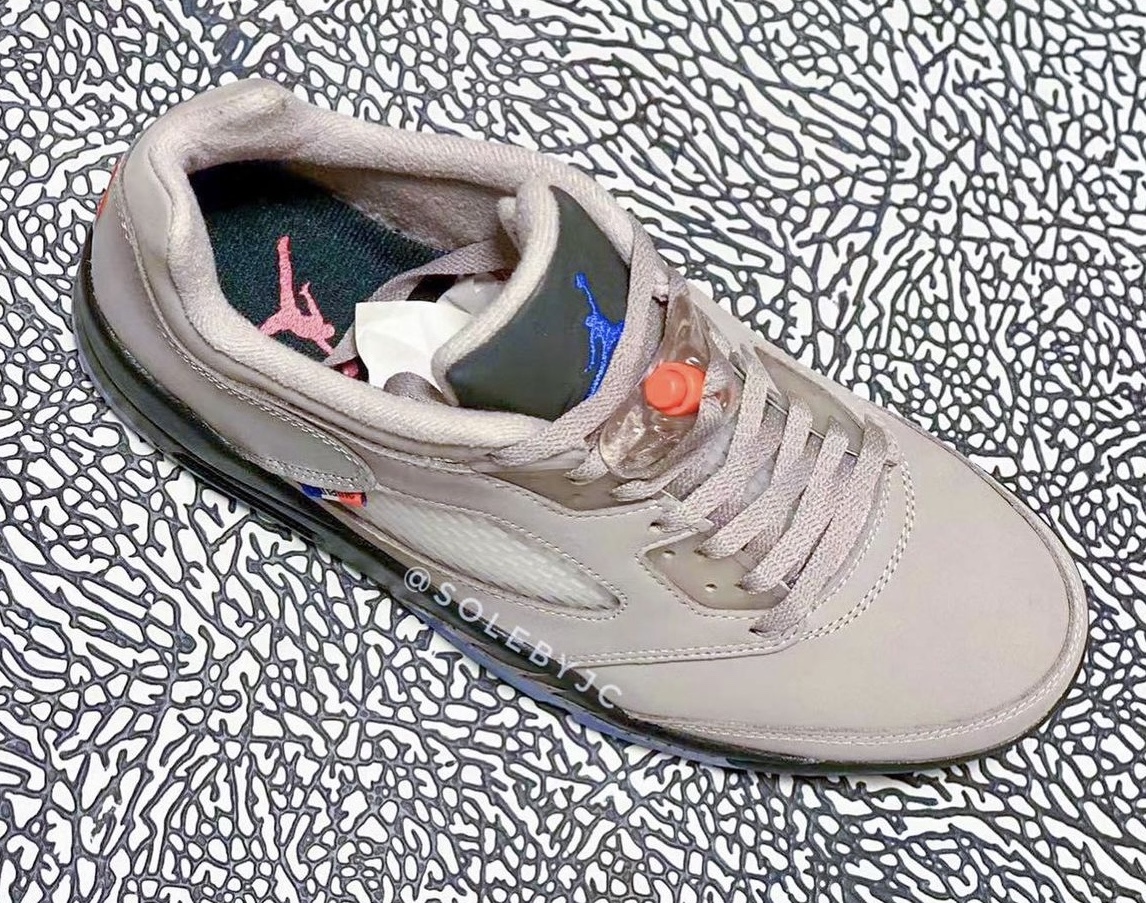 In other sneaker news, you can still cop the Air Jordan 9 Chile Red.