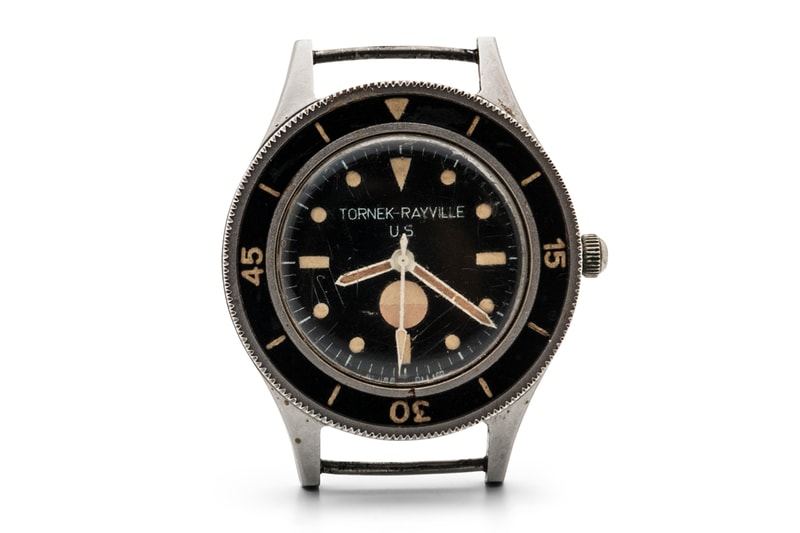 The watch was originally issued by the US military to its nascent U.S. Navy Underwater Demolition Team program - the beginnings of the Navy SEALs - in the 1960s. Only around 20 of the 1,000 watches originally issued are thought to survive today. The antimagnetic, stainless steel watches were produced by Blancpain’s then parent company, Rayville Watch Company, for Blancpain’s US distributor Allen V Tornek Co. to circumvent the ‘Buy American Act’ in place at the time. The specification included central sweep seconds hand, moisture indicator, Promethium-147 lume and rotating bezel. Read the full story of how the watches were created here.

As illustrated by the military engraving on the caseback, the majority of the watches were destroyed by the US Navy on their return, due to the radioactive luminesce material used on the dial.

Bidding on the Tornek-Rayville opened yesterday here and closes on June 2.

Elsewhere in watches, Bulgari teams up with Ducati for aluminium chronograph.