Real Madrid Have Won the Champions League for the 14th Time 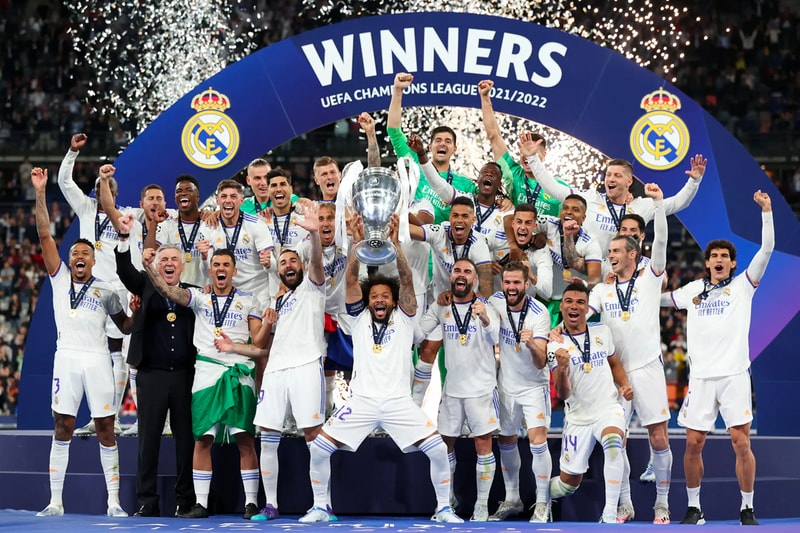 Real Madrid have won the Champions League for the 14th time — twice as much as any other club in the history of the competition. As a rematch of the 2018 CL Final, tensions were already high going into the match, but an unforeseen incident outside the Stade de France would end up delaying the game by over 30 minutes.

Viewers from around the world wondered at why the match was being pushed back, as video footage began to surface of thousands of Liverpool supporters waiting outside the gates of the stadium. "I've never been so scared in my life," said Peter Clarkson, a Liverpool season ticket holder for over 20 years. "I've been to five Champions League finals but I've never experienced anything like this. It was awful. I spoke to (FSG president) Mike Gordon outside the ground and he said it was appalling the way fans were being treated," Clarkson added. In a statement made by UEFA, the organization pitted the blame on fans who had either arrived late or purchased fake tickets. "For UEFA to say late arrival of fans is an absolute disgrace. We were outside the ground trying to get in two hours before kick-off," Clarkson reiterated. Regardless who was to blame, security began closing the gates to both fans with legitimate tickets and those who bought off scalpers, which led to people hopping the fences and French police to use pepper spray to repel them back.

Whether you were at the game or watching from afar, there was an eerie vibe that lingered before kickoff. Liverpool supporters of course carry the trauma of the Hillsborough disaster of 1989, where a crush took the lives of 96 fans, making the scenes of today all the more fearful. Roman Evan, who serves as the executive director of the Football Supporters Europe , told The New York Times: "Fans at the Champions League final bear no responsibility for tonight’s fiasco. They are victims here. Thousands are still trapped outside the stadium, remaining calm in the face of a completely unreasonable situation. We urge the relevant authorities to ensure the safety of all fans." Video footage shows a number of people, who were not affiliated with either side, trying to hop the gates, leading to more confusion. As the match finally kicked off, both sides played a defensive duel, but the Reds would control the possession for most the half. Liverpool, with the talent and the tenacity that they played with all season under manager Jürgen Klopp, seemed the favorite on paper — and their chances early on would back it. However, Madrid goalkeeper Thibaut Courtois played like an iron wall, fending off strike after strike, especially one early on from Sadio Mane, who curled the ball against the post.

In the second half, the flow would begin to shift. Madrid, despite their 13 Champions League titles and cabinet full of La Liga honors, were somewhat of an underdog both in this match and throughout the tournament. But if there is one thing that PSG, Chelsea and Manchester City could've have learned from Madrid, is that possession means nothing if you can't convert. In the 59th minute, a charging Vinicius Jr. stormed down the line on a counter-attack and netted in a goal after a pass by Federico Valverde. From there, Madrid absorbed all the pressure from a nervous Liverpool side who had been all too familiar with this situation before. With the final whistle blown, Madrileño's around the world began the party, with a number of club legends in attendance, from Raúl to Zizou.

From a neutral's perspective, the match seemed marred all throughout due to the circumstances held at pre-match. A debacle that has led Liverpool to officially request a "formal investigation into the causes of these unacceptable issues.”

On the topic of Real Madrid, HYPEBEAST recently unearthed the history of El Clásico.