The Air Jordan 13 “French Blue” consists as one of the standout offerings from Jordan Brand’s summer 2022 lineup. Sporting an official color scheme of “White/Fire Red-French Blue-Light Steel Grey,”  this new Air Jordan 13 colorways comes equipped with a White tumbled leather on the upper with the signature dimples seen on both side panels. Light Steel Grey leather on the toe and French Blue nubuck/suede detailing on the mudguards, midsole, and heel provide the sneaker with some contrast. Additional details include Fire Red Jumpman logos on the tongues, white Jumpman logos on the insoles, and white and grey rubber outsoles.

Retailing for $200, look for the Air Jordan 13 “French Blue” at select Jordan Brand stockists and online on August 19th. Stay tuned for the official release date. For a complete guide including official photos, release dates, pricing and where to buy, visit: Air Jordan 13 French Blue.

ABOUT THE RELEASE: The Air Jordan 13 is one of the brand’s most beloved as popular colorways like the “Bred”, “He Got Game”, “Playoffs”, and “Flint” colorways have always been embraced by sneakerheads. Breathing in some new life to the model is this “French Blue” colorway which borrows inspiration from the Air Jordan 12 “French Blue.” The model is highlighted by the signature dimpled tumbled leather upper and also features the cat eye hologram on the lateral ankles.

UPDATE (8/9): Nike has confirmed that the Air Jordan 13 “French Blue” will be releasing on August 19th via SNKRS for a retail price tag of $200.

Vive la France! Dressed in French Blue and White (and accented with a red Jumpman on the tongue), this AJ13 elevates the edgy original from ’97 with a dose of pure Parisian flair. Synthetic suede on the heel and midsole-wrap don the iconic blue hue synonymous with other beloved J’s. Dimpled White side panels, done in tumbled leather, boost the high fashion appeal. And capping it off, the green cat’s eye emblem on the back and panther paw-inspired outsole honor MJ’s slick “Black Cat” alter ego.

UPDATE (7/11): Official images of the Air Jordan 13 “French Blue” have surfaced.  The new Air Jordan 13 colorway is currently expected to release on August 20th for price tag of $200. 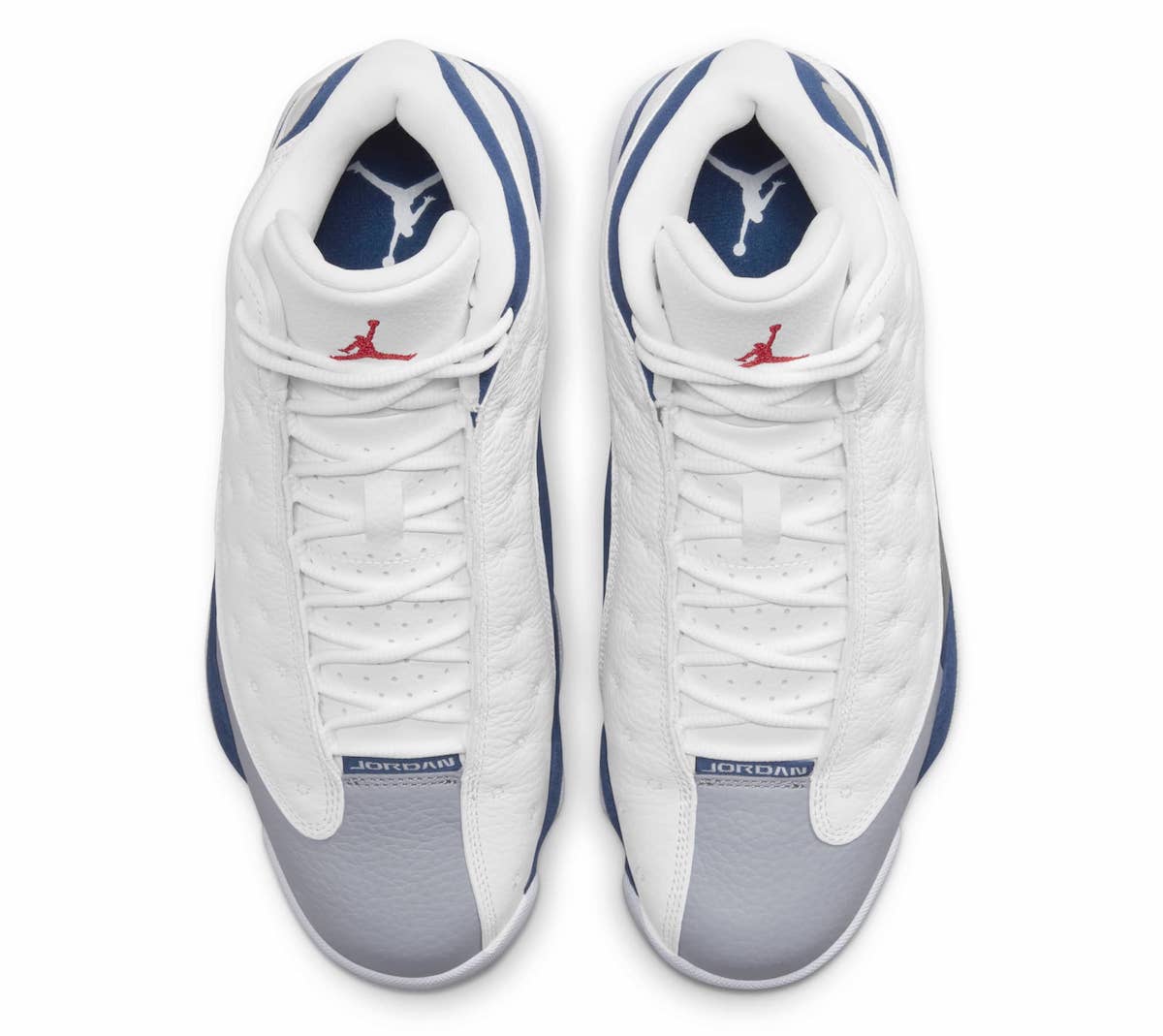 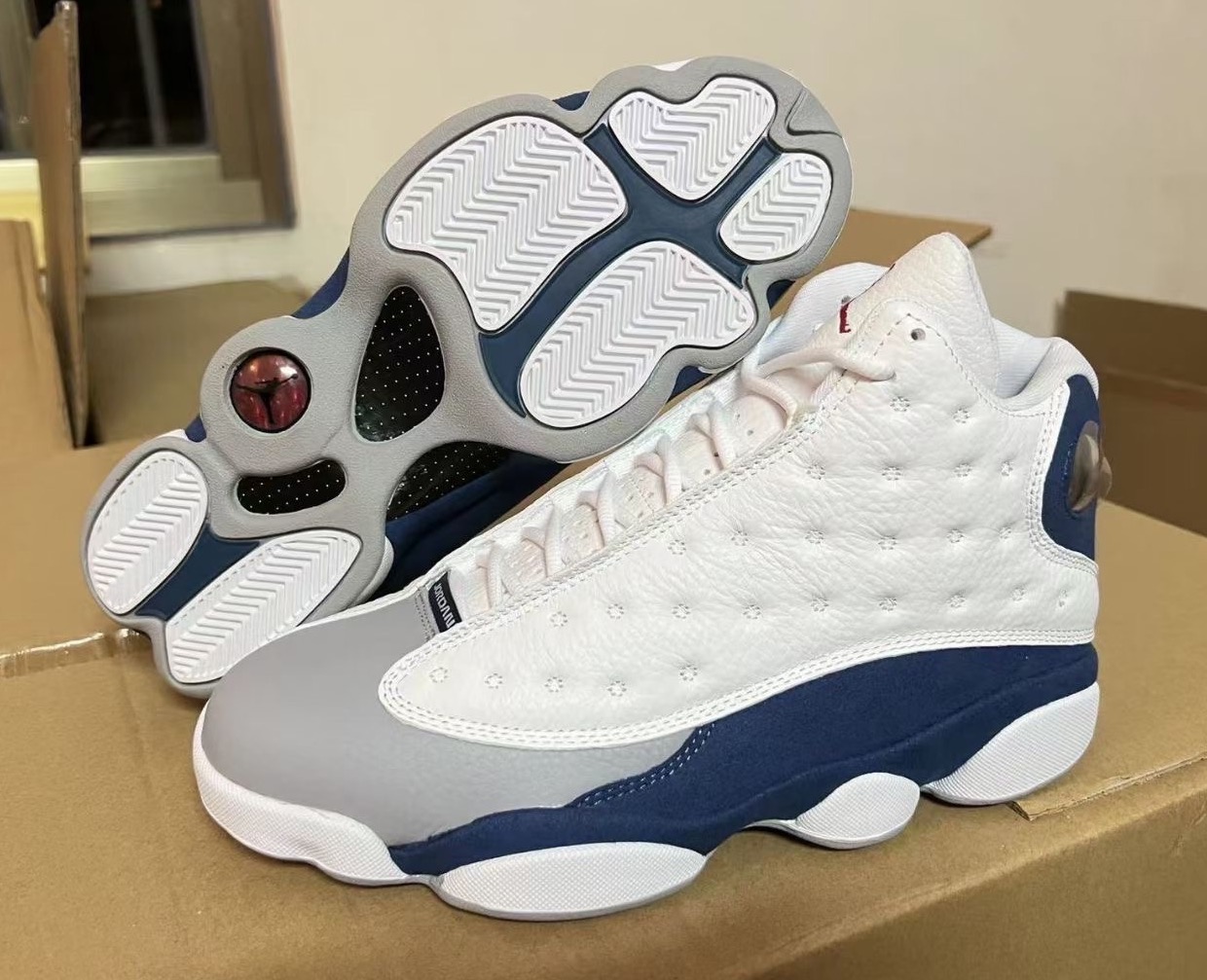 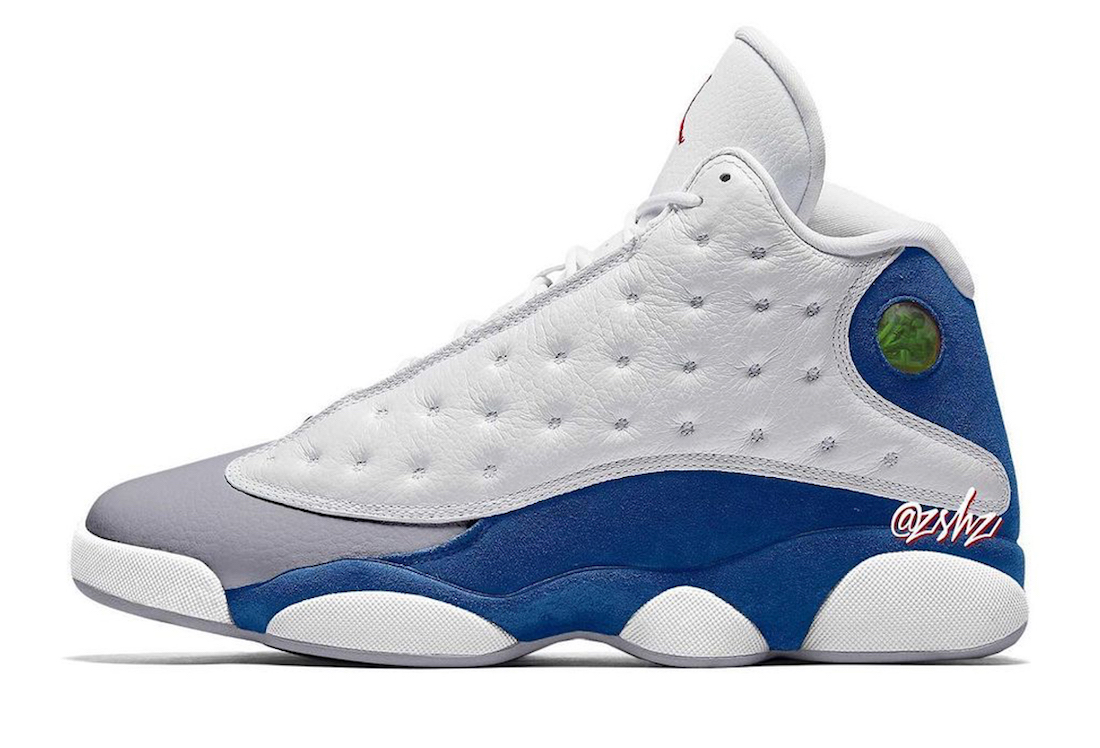