Dropping next week, here is an official look at the Air Jordan 36 Nitro Taco Jay.

I know what you’re asking, what or who is “Taco Jay”. Taco Jay is actually a nickname given to Jayson Tatum for the simple fact that the man loves his tacos. Ha!

Previewed below, the Air Jordan 36 Nitro Taco Jay comes dressed in a Citron Pulse, Atomic Green, Cone, and Black color scheme. The overall design of the sneaker pays homage to Jay’s intensity on the court—and fiery hot-sauce-and-cheese inspired colors nod to his favorite post-game food. Notable design details include the Nike-branded Taco emoji on the tongue overlays, as well as on the right insole. The left insole reads”Taco Jay”, while Orange laces, Green tongues and a custom shoe box round out the main features of the sneaker.

In Jordan Brand news, find out when you’ll be able to cop the Air Jordan 3 Desert Cement. 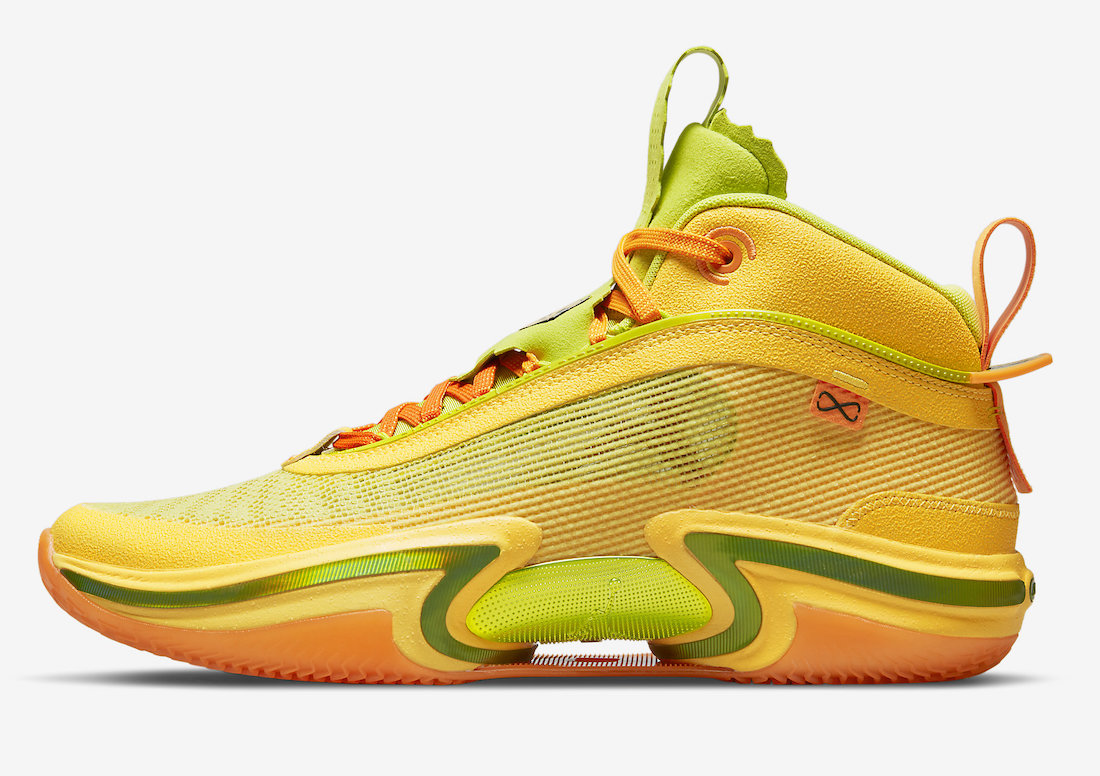