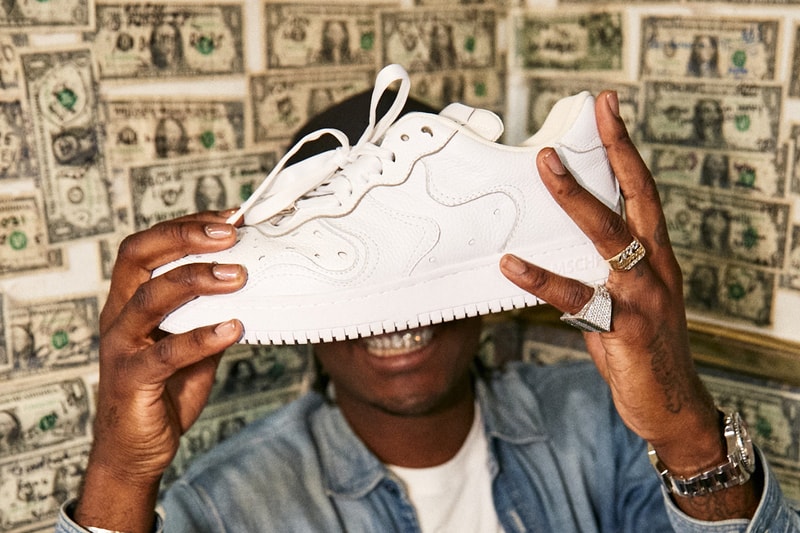 If there's any brand out there that has a knack for stirring up some spicy controversy within the realm of footwear, it's MSCHF. It was involved in the release of Lil Nas X's real blood-injected Air Max 97s and recently called out by Vans for the launch of Tyga's Wavy Baby sneakers, but that doesn't seem to have phased anyone on their team as they have just announced a rather familiar-looking sneaker offering: the Super Normal sneaker.

It doesn't take much of an assessment to look at the overall shape and color palette of the sneakers to call out the fact that they are certainly a play on the classic Nike Air Force 1 Low "Triple White" colorway. The low-slung silhouette also comes formatted with a leather upper build that's completely engulfed in an angelic hue, but it differentiates itself with squiggly-shaped overlays across the sides and toe boxes. MSCHF branding is embedded inside the translucent lace dubraes as well as the tongues in warped, black font as well as in debossed fashion on the lateral midsoles where you'd usually find an "Air" logo on the AF1.

Check out the lookbook above and note that the kicks are on deck to launch on June 23 for $145 USD.

For other news, peep a look at the recently-announced A-COLD-WALL* x Converse Sponge Crater.