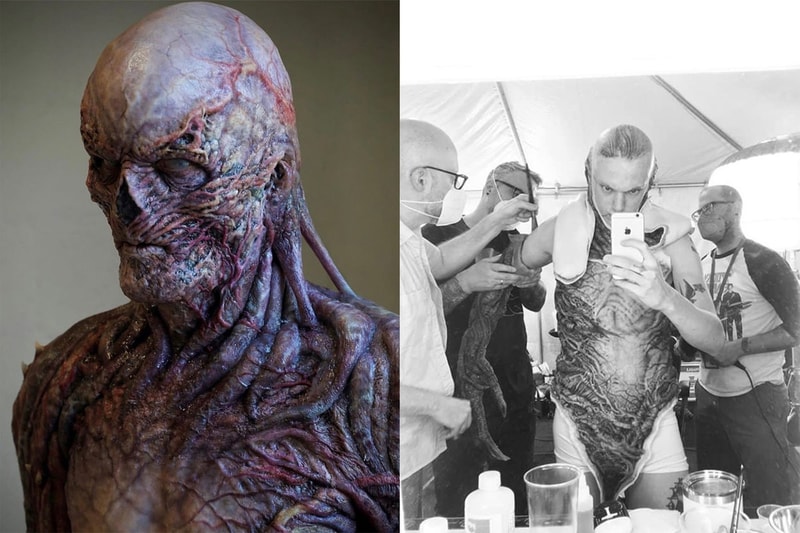 With the first part of Stranger Things season four now available over on Netflix, the beloved franchise has drawn much discussion over what the last three episodes of the penultimate season might entail, no doubt revolving around its brand new villain Vecna. In celebration of this new abominable villain from the Upside Down, renowned makeup effects artist Barrie Gower has showcased some of his work in creating Vecna.

Portrayed by Jamie Campbell Bower, Vecna is still very much shrouded by mystery as the Hawkins gang tries to stop his terrifying reign and killings of the town's tormented victims. While little is known about his origin and abilities, there's no questioning that the monster looks absolutely haunting, and according to Gower, work began on Vecna as early as 2020 when the Duffer Brothers reached out to him for initial sculpts. Almost the entire body suit is physically created, leaving very little for CGI, and you can see just how much attention to detail has been paid to Vecna in Gower's Instagram posts down below.

Part one of Stranger Things season 4 is now available on Netflix.

Elsewhere in entertainment, Netflix has released a trailer for The Sandman.