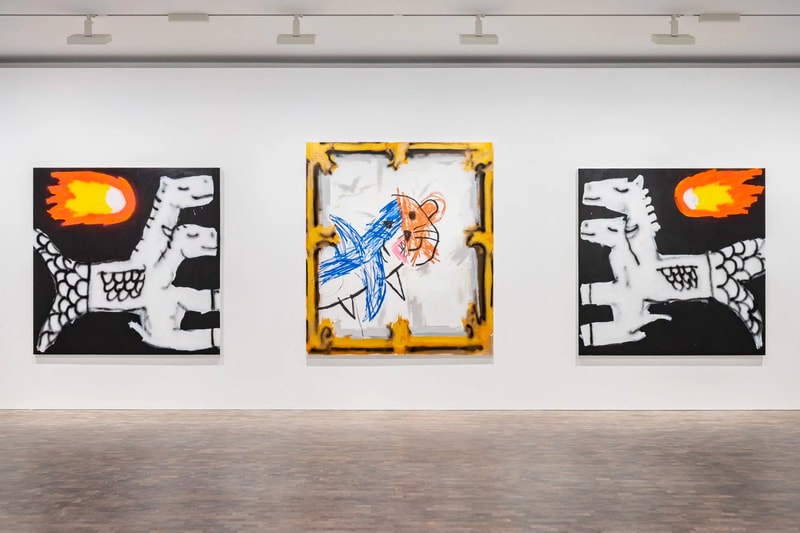 Pace London is showcasing Robert Nava's first solo exhibition in the UK. In "Thunderbolt Disco," the American artist brings his penchant for mythological symbolism throughout the entirety of the gallery's Hanover Square location.

Nava is well-known for a vibrant and sometimes disruptive aesthetic that references the far throes of history — from mythological creatures, philosophy and religion, to video games, monsters, and the animal kingdom. "I wanted to return to my childhood interests," Nava said in a statement. "I wanted to see these fabled creatures in my studio. I’m interested in a new kind of mythmaking, even though there are no real stories behind them yet. It opened up a world of imagination while preserving a childlike drive."

The latest body of work was made over the last two years and presents several of his largest paintings to date. Indicative within the title of the show, Nava's paintings resist categorization. "If you remove meaning, feeling gets a chance to raise its hand higher," said the artist.

"Thunderbolt Disco" will be on view at Pace London until June 25. The exhibition will be complemented by a fully-illustrated catalogue that will release later this summer.