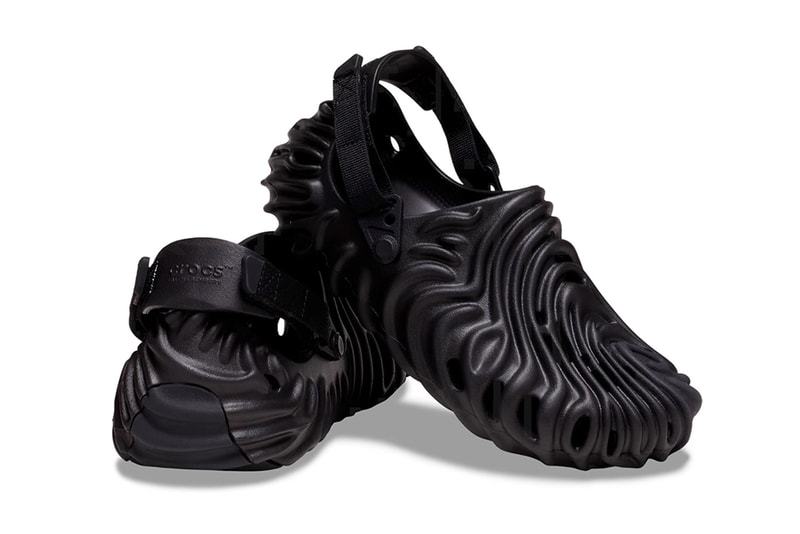 No one could have predicted the wave that Crocs is currently on, but here we are. The clog manufacturing company has capitalized on the rise of slip-on footwear and has aligned with many a different partner for collaborative projects. Salehe Bembury has heavily contributed to the brand's success thanks to his reimagined take of the Classic Clog that's he's titled the Pollex Clog, and it has just emerged in a new "Sasquatch" colorway.

This isn't the first occasion that we're seeing this iteration as they've already been seen on-foot from people such as LeBron James, Westside Gunn and Questlove, all of whom likely received their pairs through early seeding from Bembury himself. From top to bottom, the "Sasquatch" colorway is fitted in all-black. Exaggerated ridges are present throughout entire upper to copy the aesthetic of the designer's fingerprint pattern. Adjustable heel straps come debossed with Crocs branding and Bembury's moniker underneath.

Given that the last batch of the footwear creative's clogs was just released to the public, there might be some downtime before these receive a rollout. Retail price will be $85 USD when they officially drop.

Looking for other news? Awake NY and Crocs nod to present-day artisans with their latest Crocs collab.