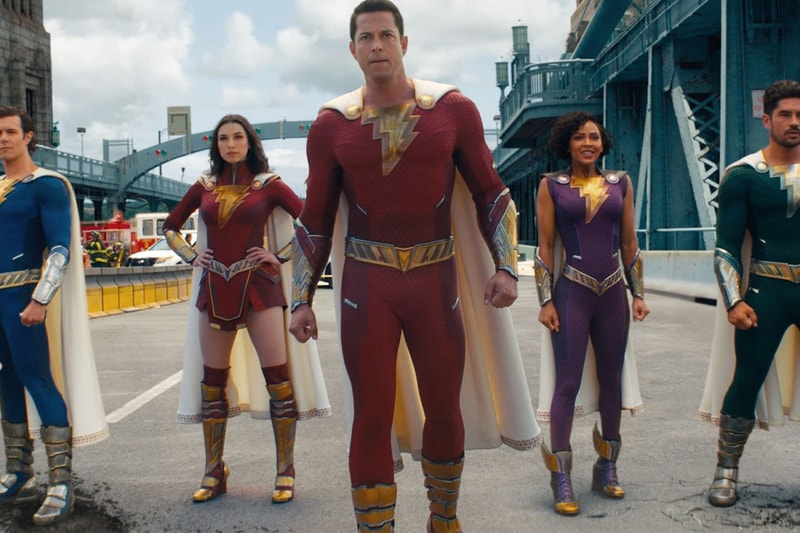 DC Comics is ending of the year with a bang with the success of Black Adam. However, it appears that Warner Bros. is already looking ahead to 2023 to reveal what is to come for the upcoming year. Shazam! Fury of the Gods, the highly anticipated sequel to the 2019 DC Film is slated to hit theaters early next year and director David F. Sandberg has just taken to his Instagram to confirm that the project is right on track.

Sandberg posted a never-before-seen behind-the-scene image of star Zachary Levi in his new Shazam costume looking as if he is about to land in an arena holing the magical staff that initially granted himself and his family powers. With a lightning bolt flash behind him, it makes for an epic shot. The image was accompanied by a caption that read, "“Finished! Now for a little time off. See you in theaters in March!"

The second installment is set to hit theaters in the Spring of next year. It was originally slated to release this Christmas but like other DC projects, has been delayed. However, fans can rest assured as it appears that the film will be making an appearance on the big screens. The upcoming movie will see Shazam go up against the villainous demi-gods Hespera and Kalypso, who are played by Helen Mirren and Lucy Liu respectively.

In case you missed it, Black Panther: Wakanda Forever producer confirmed that there will not be any post-credits scenes.