The Shoe Surgeon and Wingstop (We’d be lying to you if we say this collab coming) have come together to collaboration on a pair of Lemon Peppers 1s.

The origins of creating a Shoe Surgeon x Wingstop Lemon Pepper 1 collab originated from a viral tweet from a few months back. The @annamelissa tweet jokingly compared the Jordan Brand wings logo on an Air Jordan 1 Low to the Wingstop logo. The rest is history.

The Shoe Surgeon x Wingstop Lemon Pepper 1 is packed with details from top to bottom as they were handcrafted with meticulous thought and care. To start of the sneaker boasts a Cream suede base as a nod to the scratch-made ranch dressing. Elsewhere you will find Shaggy tan suede on the Swoosh branding representing the fried texture of Wingstop’s cooked-to-order wings. The most creative feature is found on the tongues, which feature a packer of Lemon Pepper seasoning. On the same panel, craft paper texture from dyneema leather is meant to represent the brown paper bag. The insoles come covered in a same graphic used on Wingstop’s parchment paper that lines the boxes and baskets of wings and fries. A White midsole with Gold contrast stitching and a Navy outsole completes the look.

In other news, the Air Jordan 4 Infrared is currently expected to make its debut later on this month. 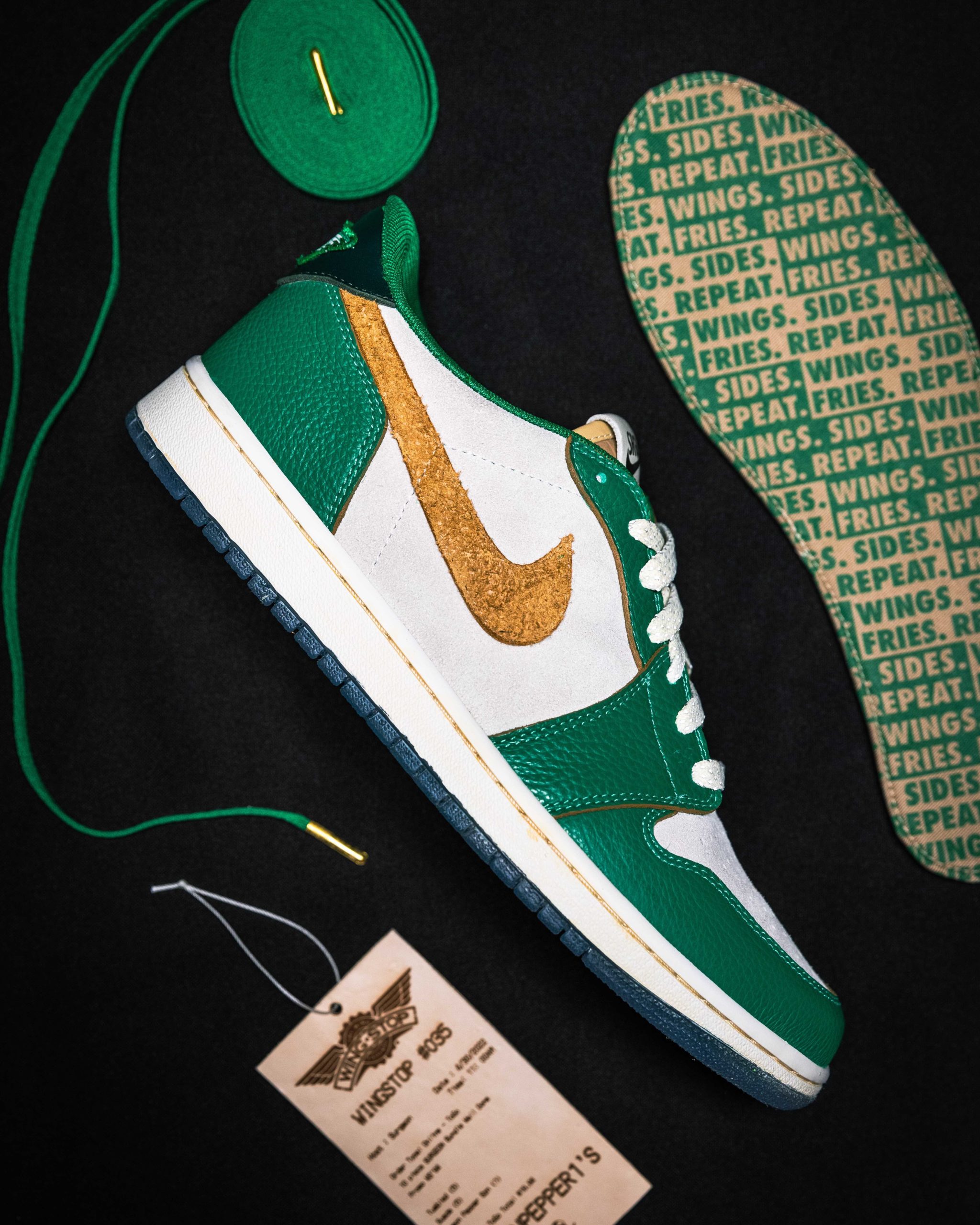