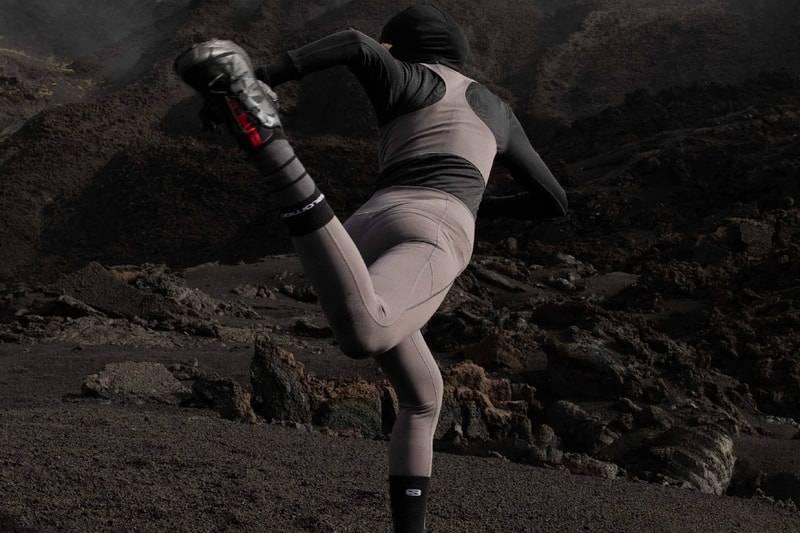 After opening the "Dream Market" with Our Legacy WORK SHOP, Slam Jam is the latest label to link up with Salomon, bringing its subcultural heritage to the XT-4 silhouette. The collaboration builds on the XT-4's trail origins, incorporating references to Slam Jam's volcanic surroundings.

This influence appears through the sublimated mesh upper, which is designed to represent the flow of lava and the role that volcanos have played in human evolution. A particular influence comes from the ten active and many inactive volcanos across Italy, with a dark color palette offset by hits of bright red and a campaign film captured on Mount Etna in Sicily.

The XT-4 Strata collaboration between Slam Jam and Salomon will release at Slam Jam's Paris Fashion Week pop-up on June 22, as well as launching via Slam Jam locations and select retailers.