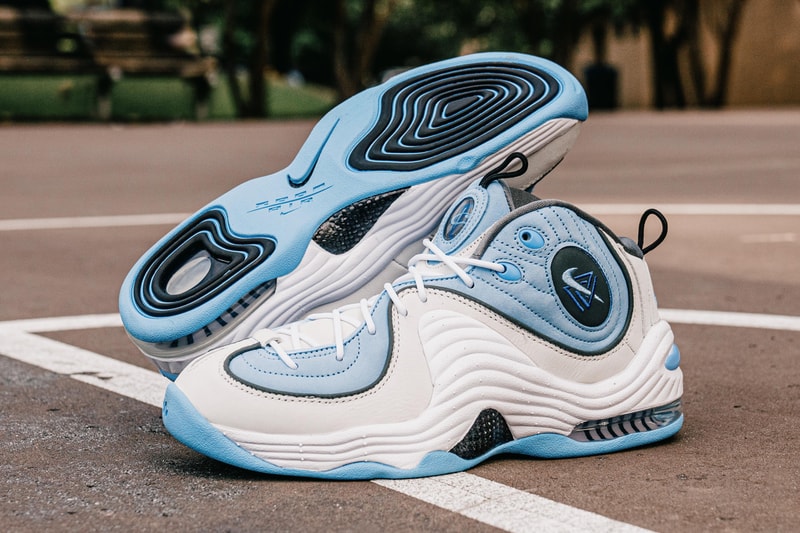 Nike has continued to provide Social Status the opportunity to utilize its great storytelling abilities with the release of several sneakers throughout 2022. Focusing especially on the Air Max Penny 1 and 2, the duo has brought new life to the old school silhouette. Now, following the first Air Max Penny 2 "Playground" release, the "White/Blue" colorway is on its way.

After a brief delay, the Social Status x Nike Air Max Penny 2 "Playground" in "White/Blue" is set to be available at a price of $200 USD via local raffles at Whitaker Group stores, an online raffle via the Social Status website and a TWG Discord drawing, all of which have opened today. Beyond this, an online release via Social Status is scheduled for November 4 with a Nike release expected to follow shortly after. Take a closer look at the pair above and peep the official release details below.

For more in the busy world of footwear, check out Slam Jam's take on the classic Nike Air Force 1 Low.