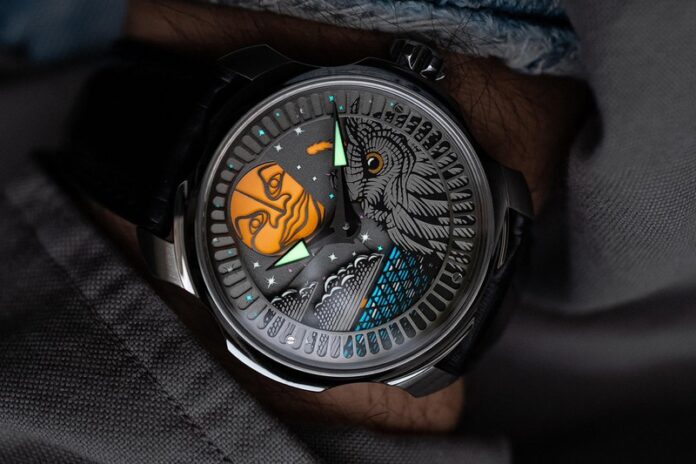 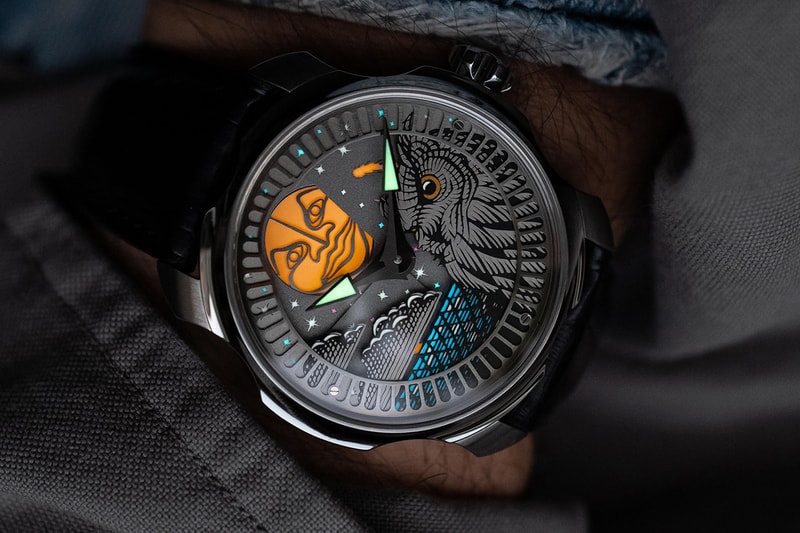 Stepan Sarpaneva has just released his latest horological work of art in the form of the Nocturne. Inspired by theatrical sceneries, referencing traveling theatres of the past, the Nocturne plays with color, angles, lighting, and intricate engravings to create a grand illusion within a timepiece.

Created alongside Ville Tietäväinen, the award-winning illustrator and graphic novelist from Finland (his work is seen in the nocturnal illustration), the dial sees 233 openings all hand-painted in eight colors with Super-LumiNova. The watch is powered by a modified Swiss Soprod automatic A10 calibre, and displays the hours, minutes, and the phases of the moon. Other details include a high-grade Outokumpu stainless steel (SUPRA 316L/4435) 42mm case, 100 meters of water resistance, rhodium-plating, and Perlage finishing.

The Nocturne is available in two different versions: White Glow Moon and Orange Glow Moon (Harvest Moon). Priced at roughly $19,000 USD, both versions are limited to 30 pieces and require two to six months for delivery.