Supreme and Nike are Connecting for a Shox Ride 2 Collaboration 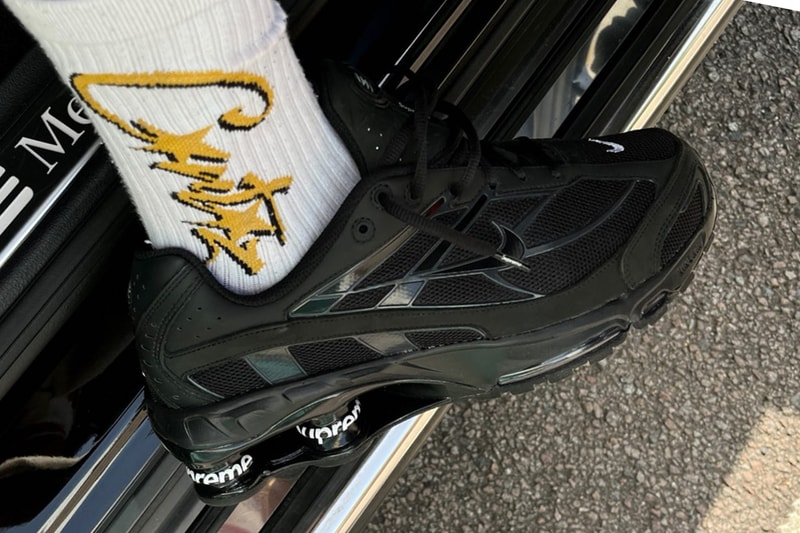 You've got to tip your hats to Supreme for taking an unorthodox approach when it comes to their collaborative projects with Nike and Jordan Brand. Very seldom will the popular streetwear imprint lend its touch to trendy models like the Air Jordan 1, and instead it will veer off into the realm of the obscure by hand-picking models like the Shox Ride 2 as its next collaborative canvas. The black colorway was first spotted out in the Supreme's Spring/Summer 2022 lookbook, and now we have a closer glimpse at them.

The overall presentation of this upcoming installment falls on the understated side of the spectrum. Black is the primary hue and falls over the mesh underlays, warped overlays, nubuck mudguads, side Swooshes and leather collars, while smaller hits of white pop up on the toe box Swooshes and tongue emblems. Down below the midsoles are also supplied with a stealthy aesthetic while Supreme's logo playfully wraps around the Shox pistons towards the rear end. In addition, the insoles are backdropped in red and come decorated with the Supreme box logo.

It's likely that Supreme will be revealing more colorways and give these an official release in the coming weeks.

In other news, images of the Union x Nike Cortez "Off-Noir" have surfaced.