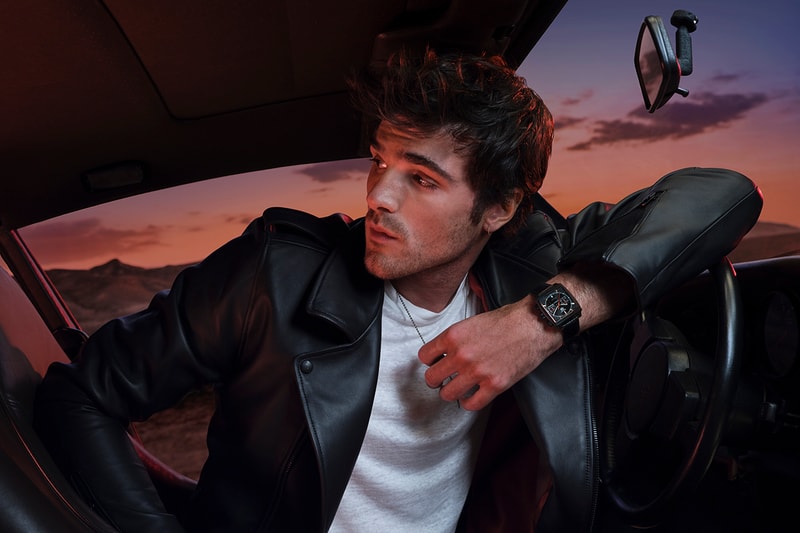 Europhia star Elordi joins the Swiss watchmaker to represent the Monaco collection, the instantly recognisable square chronograph that earned its motorsport reputation on the wrist of Steve McQueen in his 1971 passion project, Le Mans.

“I’ve always been drawn to things that are both classic and timeless,” said Elordi. “So partnering with TAG Heuer was perfect for me. I’ve always admired Hollywood’s iconic leading men, so to wear the Monaco – a watch made famous by Steve McQueen – is something special.” This new 39mm special edition takes its inspiration from the 1970s collector favorite, the Heuer Monaco Dark Lord, with its grade 2 titanium treated to a black DLC coating and paired with red chronograph hands and gold-plated hands and indices.

Elordi was first seen wearing a Monaco when he presented at the Academy Awards earlier this year, opting for a reverse panda model.