HomeArtTakashi Murakami Presents 'Stepping on the Tail of a Rainbow' at The...
ArtStyle 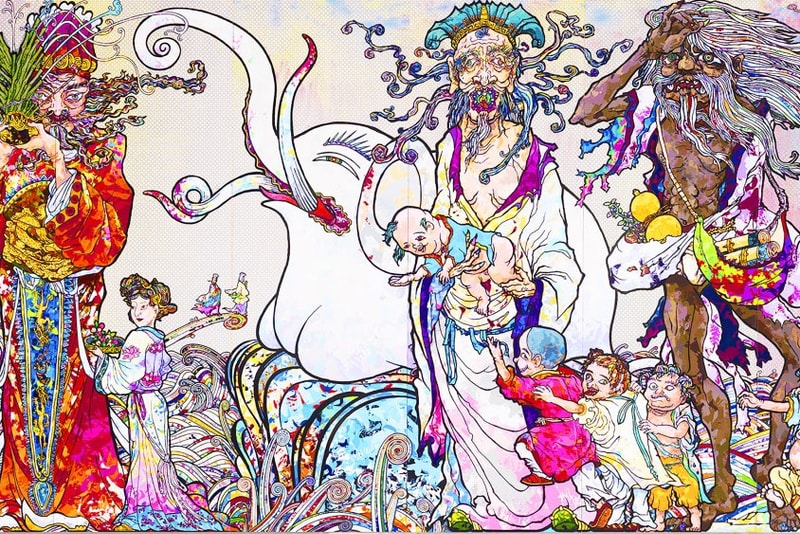 Following his exhibition at the Gagosian featuring new NFT artworks, Takashi Murakami now travels to Los Angeles for his first solo exhibition at The Broad, showcasing 18 works created throughout his storied career. Highlighting the collection are Murakami's 82-foot-wide In the Land of the Dead, Stepping on the Tail of a Rainbow painting which the artist considers one of his best works, and the 1999 sculpture DOB in the Strange Forest (Blue DOB), featuring Murakami's DOB character immersed in a field of psychedelic mushrooms.

New immersive experiences and AR elements developed in collaboration with the artist's Kaikai Kiki studio will also be available.

"In these works, spanning sculpture, painting, wallpaper, and immersive installations, the artist explores subject matter such as globalization, postwar Japan, pop culture, and religious iconography," The Broad writes in the description.

Takashi Murakami: Stepping on the Tail of a Rainbow is now open to the public at The Broad, Los Angeles, and will run until September 25. Tickets are available here.