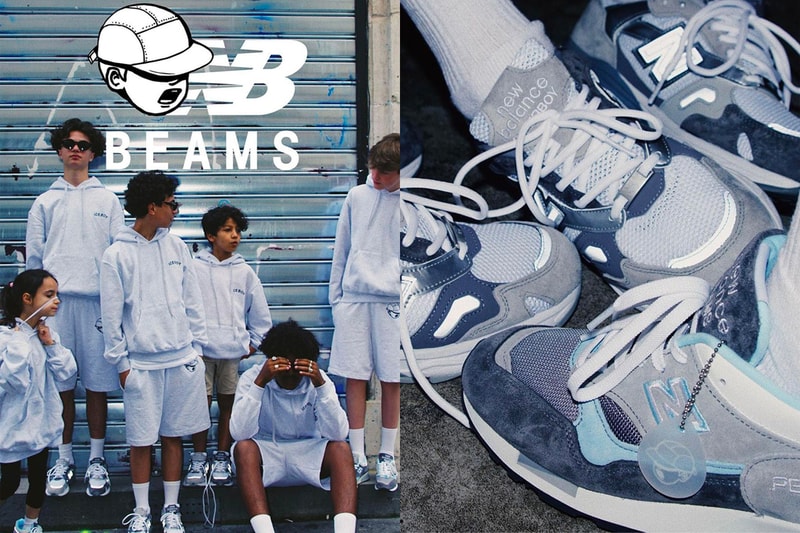 After a series of street snaps were revealed earlier this month, we now receive a closer look at the new PaperBoy Paris x BEAMS x New Balance 920 and 1500 Made in U.K. sneakers. The series pays tribute to the 40th anniversary of New Balance's historic Flimby factory in the United Kingdom.

The collaborative NB920 runners arrive in mismatched tonal color blocking featuring a white mesh base and alternating leather, suede, and reflective panels. Mismatched BEAMS and PaperBoy motifs decorate the tongue tabs and silver metallic lace deubrés. The NB1500 features a similar mismatched makeup with the addition of light and dark blue injections across the exteriors and inner lining. A PB1500 suede panel is fixed on the lateral heel and a guitar pick-shaped hangtag rounds out the special-edition details.

The PaperBoy Paris x BEAMS NB920 and  NB1500 has now been launched at the PaperBoy store in Paris. Stay tuned for an online and international release announcement.