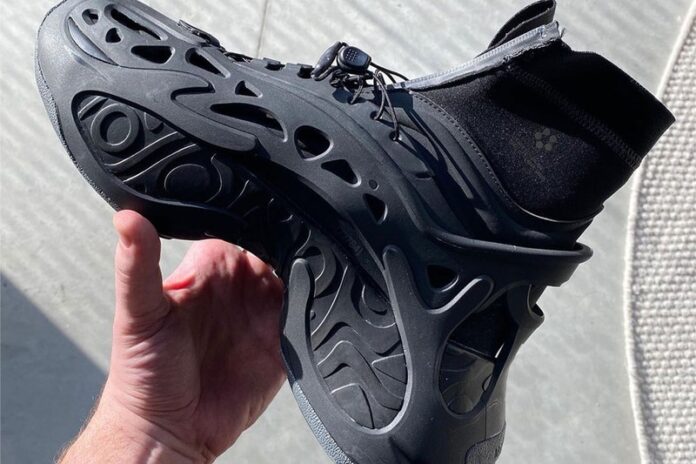 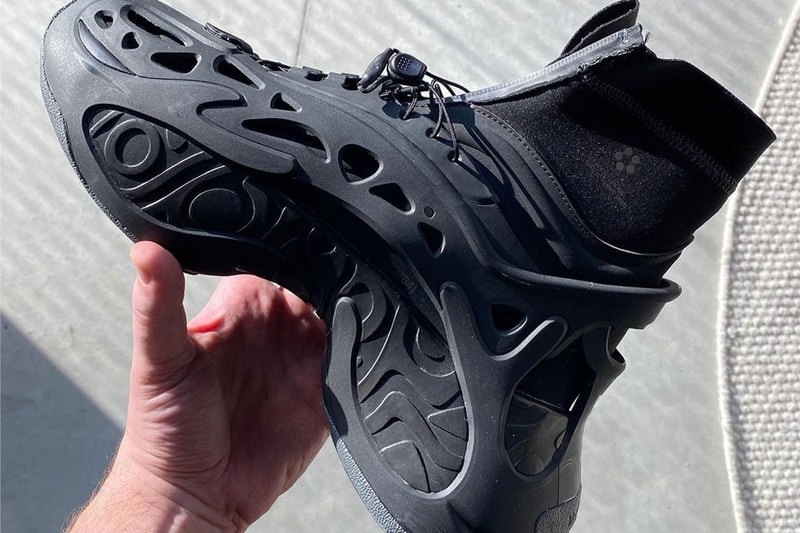 Following his debut collaboration with adidas Originals last year, introducing an innovative "Ammonite Superstar" inspired by extinct mollusks, independent product designer Mr. Bailey partners with adidas once again for a second footwear silhouette titled OZLUCENT — continuing his exploration of underwater species, which will be a central theme in the duo's future collaborations. "Nature is our greatest luxury. It's easy to forget that we ourselves are natural organisms and products of nature and we constantly need to reconnect and see how we can look to nature and its design systems, and build upon them with our current technologies," Bailey said in a campaign video.

Mr. Bailey teased the upcoming footwear packaging earlier this year, comprising of an inner sac made of sugar cane and cellulose with an outer casing made of mushrooms. The newly revealed OZLUCENT prototype itself arrives in a black tonal colorway featuring an extended zippered sockliner with subtle Mr. Bailey pinwheel branding. Uppers emerge in various rubber and hard-touch panels displaying geometric grooves and perforations, meanwhile, bottoms incorporate a curvy split-sole design that arches upwards at the midsection. Thin pull lock laces and what seem to be modular textured outsoles round out the design details unveiled thus far.

"The OZLUCENT represents the first embryonic stage of the lifecycle of this product rollout. More to come over the coming day," Bailey promises.

Take a first look at the Mr. Bailey x adidas Originals OZLUCENT prototype above and stay tuned for more details.

Elsewhere in footwear, YEEZY is reportedly bringing back its Season 1 950 boot.