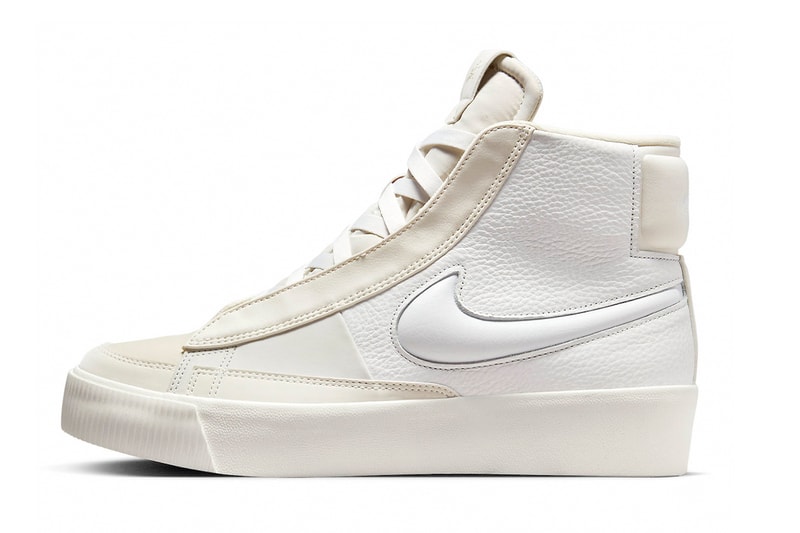 Crafted with both tumbled and smooth leather uppers, the new model's first iteration is offered in an immaculate colorway of "Summit White," white, "Phantom" and "Light Cream. Exposed stitching can be found along the moustache, mudguard, eyelets, tongue and heel, while Nike branding lands on the panel swoosh, the 1970s Nike cursive logo on the heel and tongue tags and a simple check on the insoles. The shoe rests on a light cream midsole and outsole with white laces for a clean finish.

Take a look at the shoe above. The Nike Blazer Mid Victory is set to release in the coming weeks via Nike and select retailers.

In other footwear news, check out the Nike Dunk Low "85" with double swooshes.