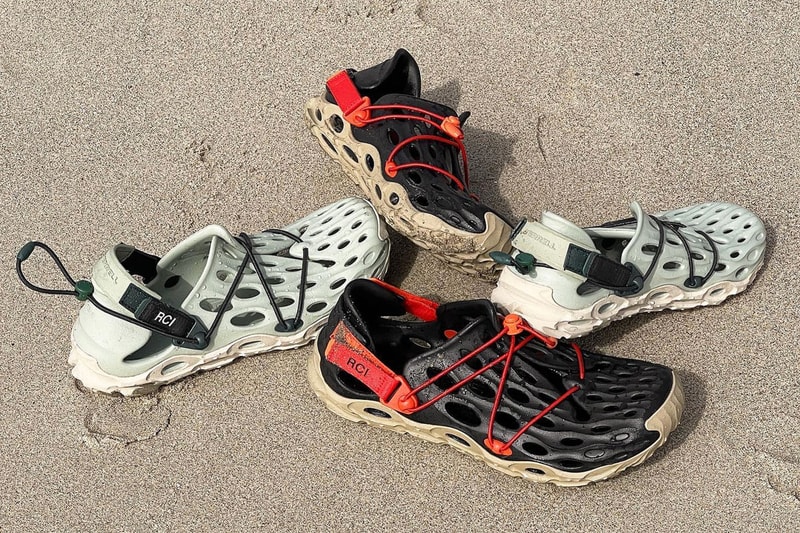 Shortly after partnering with Levi's for his first-ever collaboration, 24-year-old designer Reese Cooper now teases RCI versions of unreleased Merrell 1TRL Hydro Mocs. Traditionally known for producing high-performance hiking boots, Merrell first introduced its Hydro Moc silhouette in January of 2021. With the recent rise in popularity of breathable foam slip-ons, due in large part to the popular slip-on footwear coming out of YEEZY and Crocs collaborations, the Hydro Mocs have entered the conversation as an attractive and accessible option.

Over the weekend, Merrell teased a new all-terrain Hydro Moc silhouette featuring heavy-duty rubber soles, lock laces, and a velcro ankle strap unit. While it's still yet to be confirmed if it'll be a crossover, RCI reworks the new silhouette in tonal green and black/red colorways with RCI branding on the velcro straps.

Take an early look above and stay tuned for more updates.