HomeStyleTake a Look at How Different NASA's James Webb Is from the...
StyleTech 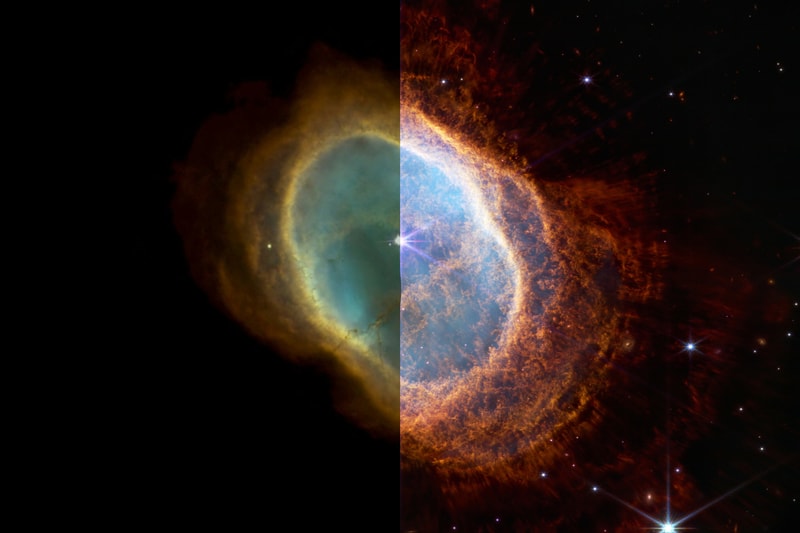 Now that images from the new Webb Space Telescope have been unveiled, many are asking just how advanced the $13 billion USD telescope really is. Created as the successor to the 32-year-old Hubble telescope, the Webb's mirror is roughly three times larger than Hubble's and is able to capture infrared light.

Peering out into the universe, these telescopes are able to see galaxies as they were billions of years ago, but what sort of details were not able to be captured by the Hubble? Thanks to Webb Compare, those curious can now take a look at the level of detail provided by the Webb Space Telescope, as it is able to look through the dusty regions of space. There are currently images that compare the Southern Ring Nebula, Carina Nebula, the Deep Field SMACS 0723 Cluster, and Stephan's Quintet.

The dawn of a new era in astronomy has begun as the world gets its first look at the full capabilities of the NASA/ESA/CSA James Webb Space Telescope. The telescope’s first full-colour images & spectroscopic data were released today. Read more here https://t.co/kdD6ew5306 or? pic.twitter.com/BXYYHq8yY9

I can't stop flipping back and forth between the Hubble and James Webb Space Telescope images of the Carina Nebula. In the Hubble image the dust is just this wall that looks solid, and JWST has revealed the structure in that dust that has remained hidden for so long. pic.twitter.com/IxAfH32eaY