Take a Look at the Nike Air Max Penny 1 “Orlando” 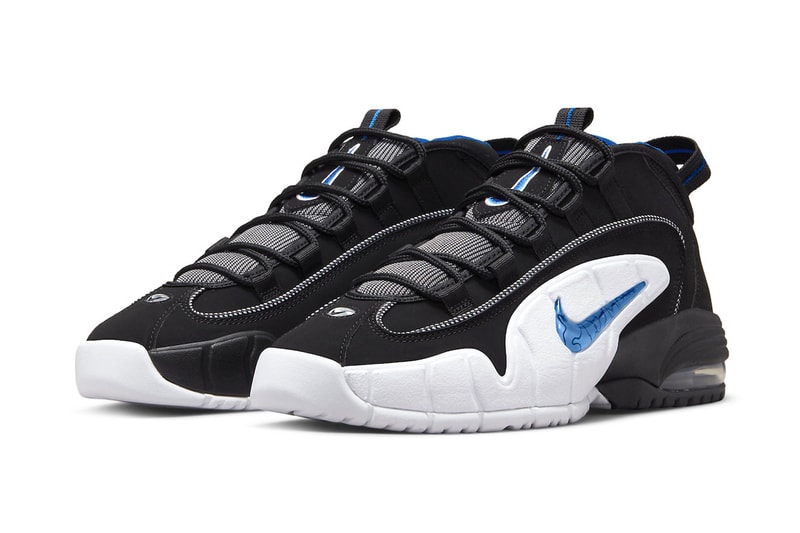 The Nike Air Max Penny 1 is making a long-awaited comeback this year after its first release in 1995 and most recent drop in 2011. The classic Nike silhouette were the debut signature shoe for the classic Orlando Magic hooper, Penny Hardaway. In the era of Michael Jordan, the shoe still paved a way for timeless shoes that placed Nike at the forefront of design.

With his shoe, the Air Max Penny features two unique elements including the magnified giant jewel Swoosh, as well as the expensive heel unit. In the two decades prior to the 2022 re-release, the shoe has appeared in various colorways. This time around, the shoe pays homage to Orland in a black, white and varsity royal color scheme. Not much of the physical look of the shoe has changed from the original release. The shoe sees a black base that features the signature large Phylon "wing" white midsole and the jeweled blue Swoosh for the extra dose pop of culture. The royal blue Swoosh is also embroidered on the tongue while the 1 Cent logo on the heel rounds out the design. The shoe sits atop a black Air Max cushioned heel.

The Nike Air Max Penny 1 "Orlando" arrives in select retailers and on Nike for $170 USD in the coming months.

In case you missed it, the Jordany System.23 Clog arrives in "pink."