HomeFootwearTake an Official Look at the Brain Dead x Vault by Vans...
FootwearStyle 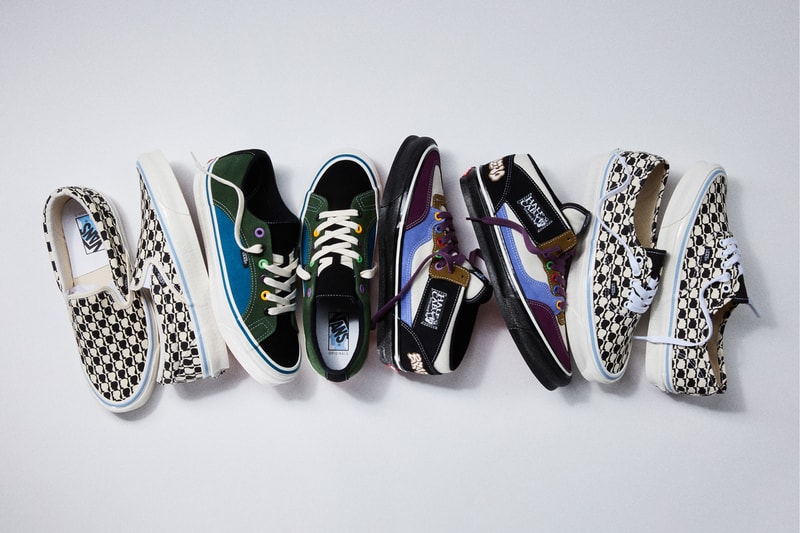 After being teased earlier this week, Vans has officially revealed its upcoming collection with streetwear label Brain Dead. The two are no strangers as they've previously reworked models such as the OG Old Skool LX. Now the duo explores the OG Half Cab LX, OG Lampin LX, OG Authentic LX and OG Slip-On LX in their latest collaboration.

This time around, two different approaches are used to outfit the classic Vans silhouettes. The OG Authentic LX and OG Slip-On LX are presented in a reworked iteration of Vans' signature checkered pattern, utilizing Brain Dead's head logo throughout. The remaining two models opt for color blocking on the uppers. Additional detailing in the collection includes a Brain Dead x Vans logo at the insole and tonal "BRAIN DEAD" text on some of the midsoles.

In case you missed it, WIND AND SEA teamed up with Vans Japan for a new capsule collection.